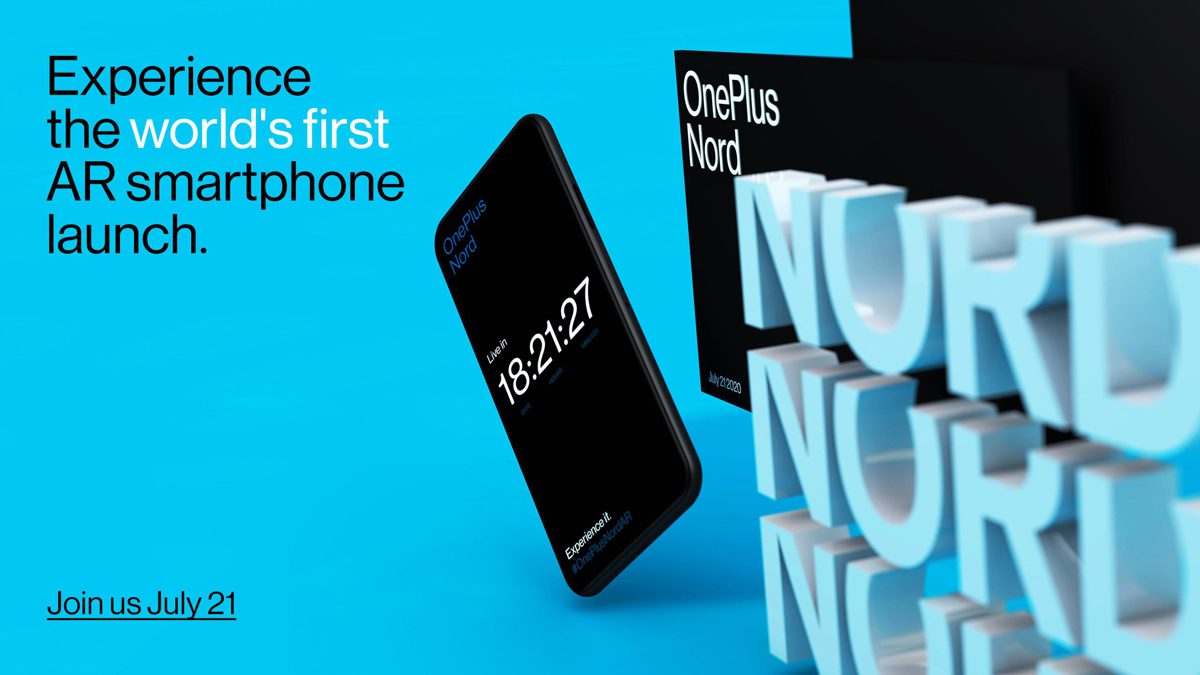 The Nord is coming. OnePlus today said that it will launch its new lower-cost phone through an augmented reality app on July 21.

“For this launch, we want everyone to sit back, relax, and experience our new phone for the first time right in the comfort of their living room. We feel that introducing Nord in a more personal and intimate way perfectly reflects our ambition to make the OnePlus experience more accessible to users,” Paul Yu, head of the OnePlus Nord project, said in a press release.

We’ve seen a lot of virtual device launches this year, but this is the first one I can think of that requires a dedicated app. The rest have been video streams, usually made available to as many people as possible via YouTube. OnePlus says the AR app will let people have a “unique hands-on experience” not available through a video stream. It also plays on OnePlus’s passionate fan following, which is probably willing to install an app.

OnePlus did something similar several years ago, launching the OnePlus 2 in VR so that as many people as possible could “attend” the launch.

Nord for Many, Probably Not for You

While OnePlus has become a more mainstream name in the US in recent years, it looks like the OnePlus Nord will avoid a US launch. The phone will come out throughout Europe and India, where mid-priced phones are more popular.

Pundits such as myself like to complain about US phones being expensive, but Android Authority’s analysis shows what we’ve also found for a while, which is that the $300-$600 phone price range is pretty dead in the US. In general, consumers here either buy less expensive phones up front with prepaid plans, or more expensive phones on monthly service plans with their carriers. That makes the US a less appealing market for a midrange phone like the Nord.

A slew of specs, images, and videos have leaked or been teased online in recent weeks; Android Authority has a good roundup. The Nord will presumably have a Qualcomm Snapdragon 765G processor, a 90Hz display, and it will cost under $500. Other details, such as the layout of the cameras, are under dispute.

We’re sure to find out more on July 21; tune in at 10 a.m. ET. OnePlus will almost certainly also leak more information on its Twitter and Instagram feeds.