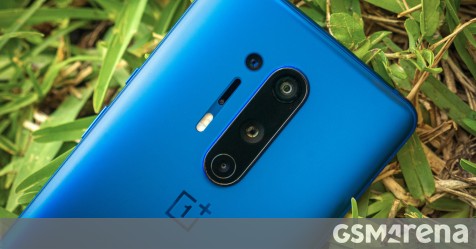 OnePlus is now rolling out OxygenOS updates for the OnePlus 8 and the OnePlus 8 Pro in NA, EU and Indian markets. These updates bring a host of improvements and bug fixes that should take care of most of the issues discovered so far.

The OnePlus 8 Pro gets the more substantial update. The version number for the update is 10.5.11 for NA and India and 10.5.10 for EU. Meanwhile, the OnePlus 8 also gets most of the same changes, minus ones specific to the hardware on the 8 Pro. The version numbers here are 10.5.8 for EU, 10.5.9 for India and 10.5.10 for NA. You can read through all the changes in the screenshots below.

Our OnePlus 8 Pro review unit was one of those affected by the DRM bug, where the Widevine DRM was downgraded from L1, which is the highest level and what it should be, to L3. This prevented the app from playing content from Netflix and Amazon Prime Video in HD. This has now been fixed with this OS update, which brought the DRM version back to L1. We had to reinstall the Netflix app (or rather, clear data and log back in since the app is pre-installed and cannot be removed) as it wouldn’t play in HD even after the update but clearing data made it work as expected.

The Photochrom feature is also worth noting. This feature is enabled by the bottom-most unit in the camera cluster on the OnePlus 8 Pro and is realized by removing the infrared filter from the sensor. This causes objects to look differently and created quite a stir a few months back when some people realized it saw through certain clothes. Despite the impracticality of misusing this feature, OnePlus immediately disabled this camera in markets like India and altered it in others to prevent further controversy.

The feature is back with this update, sort of. While the original implementation saw photos being taken exclusively with the IR camera, the latest update actually takes images with the main 48MP camera but with some data being used by the IR camera. This is what OnePlus had to say when we asked them about this updated mode.

The updated Photochrom filter uses data about the lighting conditions collected by the Color Filter Camera to generate photos with the main camera. Filter intensity differs under different lighting scenarios.

The new Photochrom mode now doesn’t work at all unless you are indoors or just generally in weak lighting. Trying out the camera here right now under rainy conditions basically does nothing. It’s clear OnePlus heavily altered this feature so it will only be used in very specific situations to prevent any misuse or further controversy. Moving the actual image taking to the main sensor also solves the complaints people had with the quality of the Photochrom images, which wasn’t great since the IR camera only had 5MP resolution and generally poor quality.

OnePlus also changed an issue related to the scrolling on the 8 Pro. When scrolling rapidly in the stock apps and some third party apps, the refresh rate dropped from 120Hz down to 75Hz for the duration of the scroll. This made the scrolling seem a bit choppy. Just to confirm we weren’t imagining it we checked with our frame rate counter utility and it indeed would drop down to 75Hz when scrolling rapidly. This has now been fixed and it stays at 120Hz throughout. This isn’t mentioned in the change log but we did confirm it on our unit.

The rest of the changes are pretty self explanatory. Again, we are waiting on our OnePlus 8 unit to receive the update but we didn’t have any major issues on that one so it wouldn’t make a big difference.

If you have either of these phones and have noticed some improvement outside of the changes listed here or even any regressions then let us know in the comments below.