OnePlus co-founders get together to unbox the OnePlus 8, talk about what inspired the phone 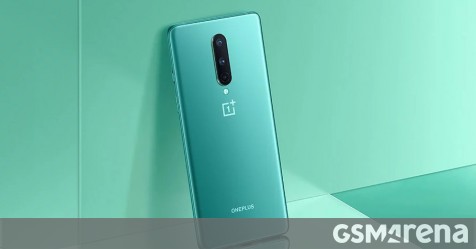 OnePlus co-founders Pete Lau and Carl Pei have gotten together to shoot an official unboxing video for the OnePlus 8. The video is in Chinese and YouTubes automatic subtitles havent kicked in yet, unfortunately, but long story short, these two go into details about how the phone was designed and what inspired the team (while joking constantly, its rare to see head execs have this much fun in an official video).

They caution users not to use a knife as they may damage the contents of the box. The two also mention that the company uses recyclable paper and plastic and show off the included transparent protector (saying that its sides are intentionally taller to better protect the screen).

Anyway, the Glacial Green color of the OnePlus 8 comes with a matte finish on the back glass, similar to the technology used in the 6. As for the color, its inspired by the sea and tides, which shift the color of the water between blue and green.

The Onyx Black option was inspired by glazed ceramic (but is still made of glass). They didnt talk about Interstellar Glow, however, which is exclusive to the OnePlus 8 (the Green and Black are shared with the Pro).

Lau reveals something interesting  most people at the company are using the 8, they appreciate that its thin and light without sacrificing performance. Its not just OnePlus employees though, fans were also asking for a powerful phone they can use one-handed.

Hopefully, the co-founders will make a video about the OnePlus 8 Pro as well, we’re sure they have much to say about it. For the vanilla 8, they compared seeing the 90Hz screen for the first time with your first time seeing an IMAX film – it’d be great to here why they decided to keep the 120Hz refresh rate exclusive to the Pro, though.