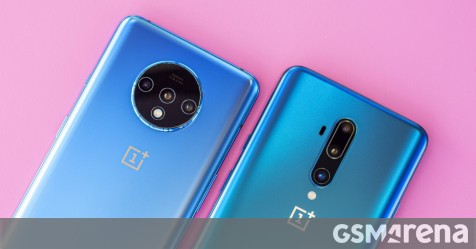 If youre running Open Beta on your OnePlus 7T or 7T Pro you should check for updates as the company just started rolling out Open Beta 5. Owners of a OnePlus 7 and 7 Pro should also be getting a new version, Open Beta 15, which has essentially the same change log as the 7T update.

The change log includes one-handed mode, a feature that was first added to the OnePlus 7 series in January. You can enable it from Settings > Buttons & Gestures > Quick Gestures. Some forum members are reporting that this feature is not actually available, but thats the purpose of these beta tests, to catch mistakes before they reach the general public. This is to say, join the beta channel at your own risk.

Back to the change log, the Audio Streaming for Hearing Aid feature of Android 10 has been adopted. Also, the step counter should be more accurate and frequently dialed contacts should be easily accessible in the dialing interface. This update also lets you turn on Dark Mode from the notification bar and includes some visual changes (e.g. fixing the edges of cards in the app switcher).

Finally, the Android security patch goes up to June with this update. Due to a recent change in strategy, OnePlus will release only on Open Beta per month (this is meant to make each release more stable).