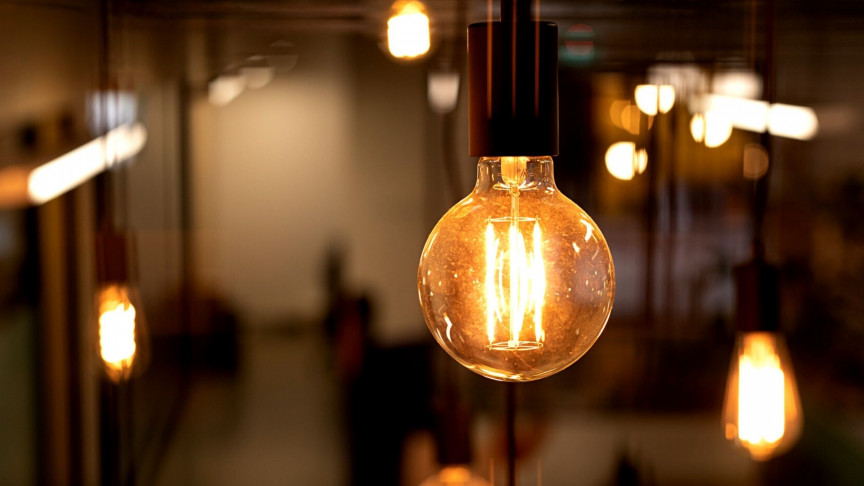 The electric current that runs the fans and kettles in our homes is guided by Ohm’s law, a fundamental rule of electric flow that was given by Georg Ohm in the year 1827. The wide applicability of this law can be understood by the fact that despite being formulated almost 200 years ago, it still holds true today, and has relevance for almost all of us in our day-to-day lives.

Whether you are powering up your room heater or setting your iron to the cotton setting, Ohm’s law is what makes it possible for you to achieve the desired flow of current for your precise needs. In the world of physics, this law is considered a significant and important way to determine the amount of electric current that flows through a conductor.

What is Ohm’s law?

Ohm’s law explains the relationship between current, voltage, and resistance. It states that under constant temperature and physical conditions, the amount of electric current (I) through a metal conductor in a circuit is directly proportional to the voltage (V). Ohm expressed this discovery in the form of a simple equation, describing how voltage, current, and resistance interrelate:

This law can be easily understood with the analogy of observing the flow of water through a pipe. More water will come out of the pipe when more water pressure is applied. Similarly, at a given resistance value, when more voltage is applied across a conductor, more current will flow.  Ohm’s law also means that, if we know the values of any two of voltage, current, or resistance in a circuit, we can determine the third.

In 1900, Paul Drude came up with the Drude model, which simplifies the explanation of the movement of electrons in a solid, such as a metal. The model used classical mechanics to treat the solid as a fixed array of nuclei in a “sea” of unbound electrons, and the kinetic theory of gases to estimate the drift velocity.

Drude used the following formula to calculate the average drift velocity of electrons and approximate the conductivity of a number of nonvalent metals:

−e = charge of the electron

τ = average time between the

The history behind Ohm’s law

In 1827, Ohm’s law was introduced in Georg Ohm’s book The Galvanic Chain, Mathematically Worked Out, but despite being so fundamental to the physics of electricity, this law wasn’t well-received by other scientists and critics at the time. The German education minister of that time considered Georg Ohm’s findings as heresies and said that, “…a physicist who professed such heresies was unworthy to teach science.”

In the years that followed, Ohm lived in poverty, tutoring privately in Berlin until he was made director of the Polytechnic School of Nuremberg in 1833. In 1841, the Royal Society in London recognized the significance of his discovery and awarded him the Copley medal. The following year, they admitted him as a member.

In 1849, just 5 years before his death, Ohm’s lifelong dream was realized when he was given a professorship of Experimental Physics at the University of Munich.

Ohm’s law became widely accepted and, apart from the science of electricity, it also proved to have useful applications to the design of telegraph system, as compared to the previous law given by Peter Barlow, who had previously, and erroneously, concluded the amount of current was proportional to the cross-sectional area of the conductor.

Even the modern-day theories that define electromagnetism and electric circuits fall in alignment with Ohm’s law. Surprisingly, the law even works on the atomic level; electric current through silicon wires made of 5 atoms still flows by the relationship given in Ohm’s law.

The laws derived by Georg Ohm are still a matter of discussion and experimentation among scientists across the globe. Numerous research is conducted each year that is either inspired by Ohm’s principles or in attempts to escape its impact.

In 2019, an experiment was conducted by researchers at the University of California, Berkeley, on improving ion conduction in lithium-ion batteries. This experiment proposed an updated version of Ohm’s law for analyzing the amount of current through binary electrolytes, in which a DC potential was used to drive current.

This experiment was conducted as part of an attempt to advance the lithium-ion battery technology that fuels the current generation of electrical vehicles, laptops, smartphones, aerospace units, and even some military-grade tech.

In May 2020, another such interesting experiment was conducted by a group of scientists from the Okinawa Institute of Science and Technology Graduate University (OIST).

While Ohm’s law suggests that when resistance is equally divided between two pathways then electrons divide equally in number across the same pathways, the Quantum Dynamics Unit at OIST ran experiments to find any deviation in the movement of electrons when they are in fluid instead of solid medium.

The experiments conducted by the scientists of the Quantum Dynamics Unit revealed some exciting details regarding the behavior of riplopolarons (electrons trapped in heavy fluid) and found that, in certain situations, the movements of electrons followed the conservation of momentum, rather than Ohm’s Law.

The application of Ohm’s law is limited to circuits with direct current (DC) only and does not work when there is an alternating current (AC) flowing through the circuit.

This law is also associated with the design and functioning of contemporary electronic devices, such as smartphones, laptops, and chargers which run on DC current. It allows engineers to calculate an adequate supply of power through these devices.

The unit of resistance is named the Ohm (Ω), after Georg Ohm, to honor his contributions in the field of physics.

This popular law of physics is said to be first discovered by English physicist Henry Cavendish who never published his scientific findings on electric current. Later on, when Ohm did his own research on the relation between voltage and current, he came across similar discoveries and published the law under his name.

A DC ammeter is used to measure the direct current value across any DC device also follows this law.

Fuses and resistors that hinder the flow of electric current and serve as safety components in electronic appliances function in accordance with the formulas mentioned in Ohm’s law.