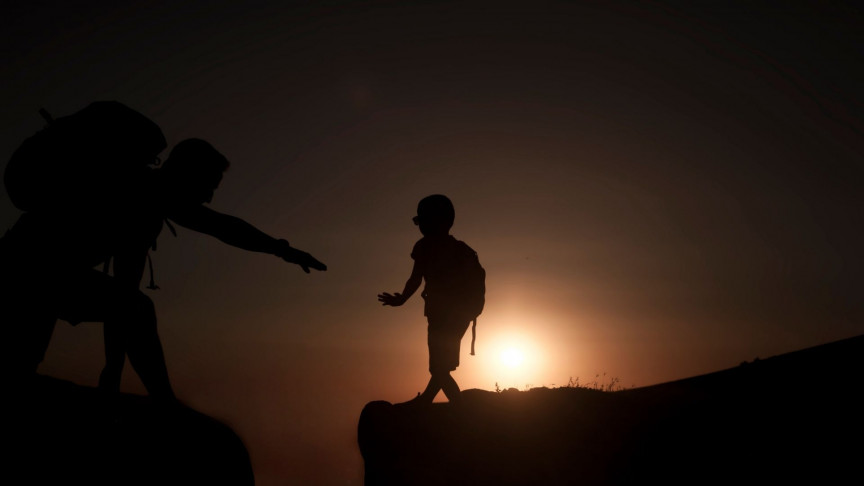 After going missing on Sunday afternoon on May 30, a young five-year-old boy was found early on Monday, May 31, by two members of local off-roaders Facebook groups who had gone searching for him.

Otto Dahl, the boy, had strayed away around 2 PM local time on his blue Yamaha dirt bike from where he and his parents were staying at a camping site by Cougar Butte in Lucerne Valley, in Southern California, the Victor Valley Sheriff’s Department’s statement said.

As per the Sheriff’s Department’s announcement, young Dahl was found safe at 6:40 AM the following morning and was quickly reunited with his family.

Dahl was found not by the police or search and rescue teams, but by two members of local off-roader Facebook groups — who had also joined in on the search as members know the area very well.

Lee Bower and Bob Surmon discovered the boy, unscathed, approximately four miles (6.4km) “as the crow flies” from his family’s camping site, Bower told The Drive. However, upon examining his motorcycle’s tracks, it looked like Dahl had zoomed around 16 miles (25.7 km) of off-road tracks during his “travels.”

The two most prominent Facebook groups that helped with the search, and that Bower and Surmon are a part of according to The Drive, are the High Desert 4×4 Recovery, and the SoCal Off Road Recovery groups, both of which are private groups on the social media site.

Members of the groups coordinated search efforts to scour the off-road areas in search of little Dahl. Bower and Surmon happened to have been camping nearby the site where Dahl had gone missing, and after hours of searching, they finally found him sleeping next to his bike with his helmet still on.

Bower told The Drive that Dahl had kept his helmet on the entire time, hadn’t felt afraid, and there were no reported injuries found on him. The two men who found him gave him water, some sweets, and called the police to inform them they’d found him.

This lucky discovery goes to show how useful social media and their relevant groups can be when efforts are coordinated. Given how quickly the groups and law enforcement teams responded, it’s great to see technology being used at its best for search and rescue efforts.