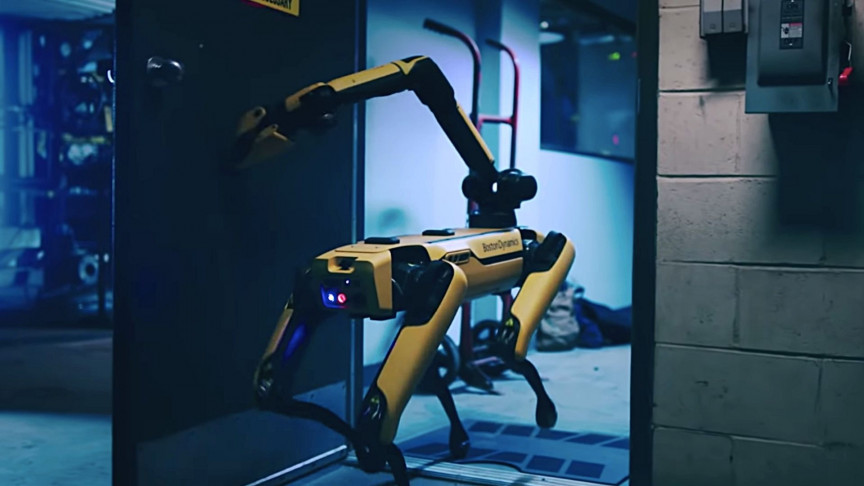 The department had leased the robot in 2020 as part of a test run for a new generation of robotic police gear. Now, John Miller, NYPD deputy commissioner for intelligence and counterterrorism, has told The New York Times that the $94,000 leasing contract, which was initially scheduled to run until August, has been canceled early on April 22, and that the robot will be returned to Boston Dynamics.

Outrcy over the ‘dystopian’ technolgy

In its short career, Spot was dubbed Digidog by the NYPD officers and was deployed half a dozen times, often for missions requiring it to act as a mobile camera for potentially hostile areas. However, it also managed to give everyone the creeps from citizens to the mayor, drawing heavy criticism.

Among many others, New York Rep. Alexandria Ocasio-Cortez criticized the use of the robot on Twitter back in February, suggesting it was being used to target low-income communities of color, and that the funds being used to keep the machine should instead go toward “investments like school counseling instead.”

Shout out to everyone who fought against community advocates who demanded these resources go to investments like school counseling instead.

Now robotic surveillance ground drones are being deployed for testing on low-income communities of color with under-resourced schools 👍🏽 https://t.co/ZqKtnexctb

“Please ask yourself: when was the last time you saw next-generation, world class technology for education, healthcare, housing, etc. consistently prioritized for underserved communities like this?” Ocasio-Cortez wrote.

The Digidog was deployed at a public housing building in Manhattan, in April, further fueling the backlash. John Miller stated Spot became a target for people who “had improperly used it to fuel arguments about race and surveillance.”

Robots in the field

Despite all this, the NYPD reportedly hasn’t ruled out the possibility of the robot dog returning in the future. According to The New York Times, there are roughly 500 robotic dogs roaming the world at the moment, and only four of them were being used by police forces.

While they are admittedly ideal for situations that might be dangerous for humans, they also raise fears of unwanted surveillance and questions about the police’s use of funds. It has also sparked conservation about concerning technologies such as weaponized drones.

The French military has been testing Spot in combat exercises, and while Spot was not weaponized in these exercises, which would break the Boston Dynamics’ terms of service, and used for forward surveillance instead, it still raises questions. In fact, autonomous military robots are planned to operate next to soldiers by 2028.