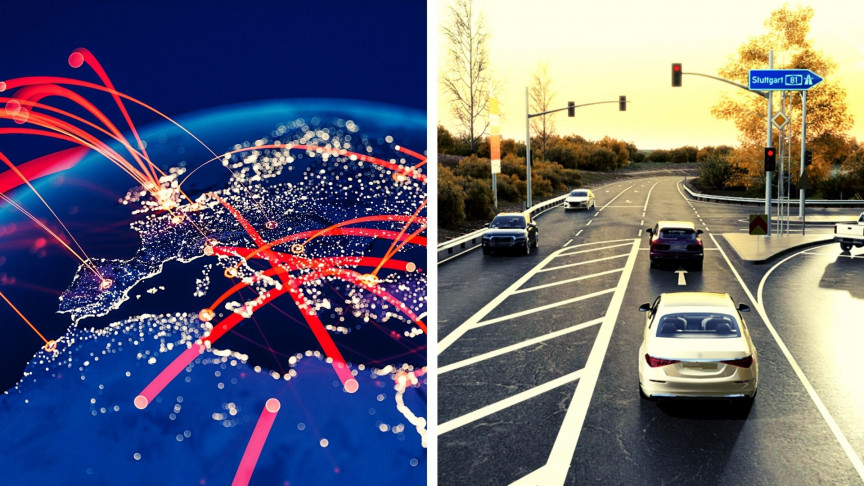 The virtual sphere of digital collaboration is growing.

And while the soon-to-be-defunct Facebook pivots to Meta’s Metaverse in a bid to pivot operations into the virtual world, Nvidia is expanding its Omniverse, designed to enhance workflows in the new media environment, according to a pre-brief of the GTC 2021 event that IE attended.

While the scope and scale of Nvidia’s new suite of artificial intelligence, avatar interfaces, and supercomputing prowess were impressive, perhaps the most notable development is the firm’s new digital twin.

Nvidia’s Omniverse is one year ahead of Zuckerberg’s Metaverse

The Omniverse was unveiled as an open beta in December of 2020, nearly a full year before Mark Zuckerberg’s Facebook dove into its new Metaverse concept, in the wake of legal controversy and the biggest social media outage in the last decade. A year further in (public) development, Omniverse offers 3D designers a shared virtual world in which users throughout the world may collaborate on varying software applications. Since last December, more than 70,000 individual creators have downloaded Omniverse, comprising more than 700 companies, including Lockheed Martin, CannonDesign, BMW Group, Ericsson, Sony Pictures Animation, Epigraph, and many more. “Virtual worlds are essential for the next era of innovation,” said VP of Omniverse Richard Kerris at Nvidia, during the pre-briefing last week.

Most exciting among Nvidia’s new developments is the rollout of “digital twins” — which are accurate, digital replicas of physical structures, environments, and behaviors. “Digital twins essentially are a way to take stuff in the real world and represent them in the virtual world so we can give ourselves some superpowers,” said VP of Simulation Technology Rev Lebaredian at Nvidia, during the media event. “Once you have an accurate representation […] and you can simulate how that world behaves, you can do some pretty amazing things. You can teleport — if you have a representation of your factory, or a model of the Earth, or a city where cars are driving around, you can jump to any point in that world and feel it and perceive it as if you were there.”

“With simulation, we also have the potential of time travel — we can record what has happened in the past and rewind to play back what happened in your factory, in a situation on the roads […] You have the potential to fast forward as well. Not only can you go into the future, but you can go into alternative futures by changing parameters inside this world,” added Lebardeian, during the event. “That allows us to plan much brighter futures, to optimize our businesses, to create a better Earth and a future for ourselves.” In other words, by building digital twins of major building projects or even the initial conditions of a natural disaster, you could witness what would happen in an alternative universe. That might sound vague, but when planning an adequate response to, say, the California wildfires, building a digital twin of current conditions, then fast-forwarding to a later time given plans to combat the spread of the fire might show us another way that would prove far more effective.

The same might be said of building 5G infrastructure to optimize connection, or enhancing AI tools for real-world applications, like self-driving vehicles. “As the simulated scale grows, raytracing is less sensitive” than other methods, according to the Nvidia event. Raytracing enables a logarithmic number of triangles in a single scene (or digital twin). “You can throw BMW factories or city scenes” into the mix, “and as complexity grows, raytracing” shows a competitive advantage compared to other methods. This is something that computer graphics pioneers have been dreaming of for more than 30 years, and “to be able to do it on a laptop in real-time means we’re handing this to tens of millions of people” at once, continued the Nvidia presentation. We’re not saying that simulation theory is true, but the applications of simulating incredibly complex processes, both for study, innovation, and preventative efforts, could quite literally transform multi-trillion dollar industries.