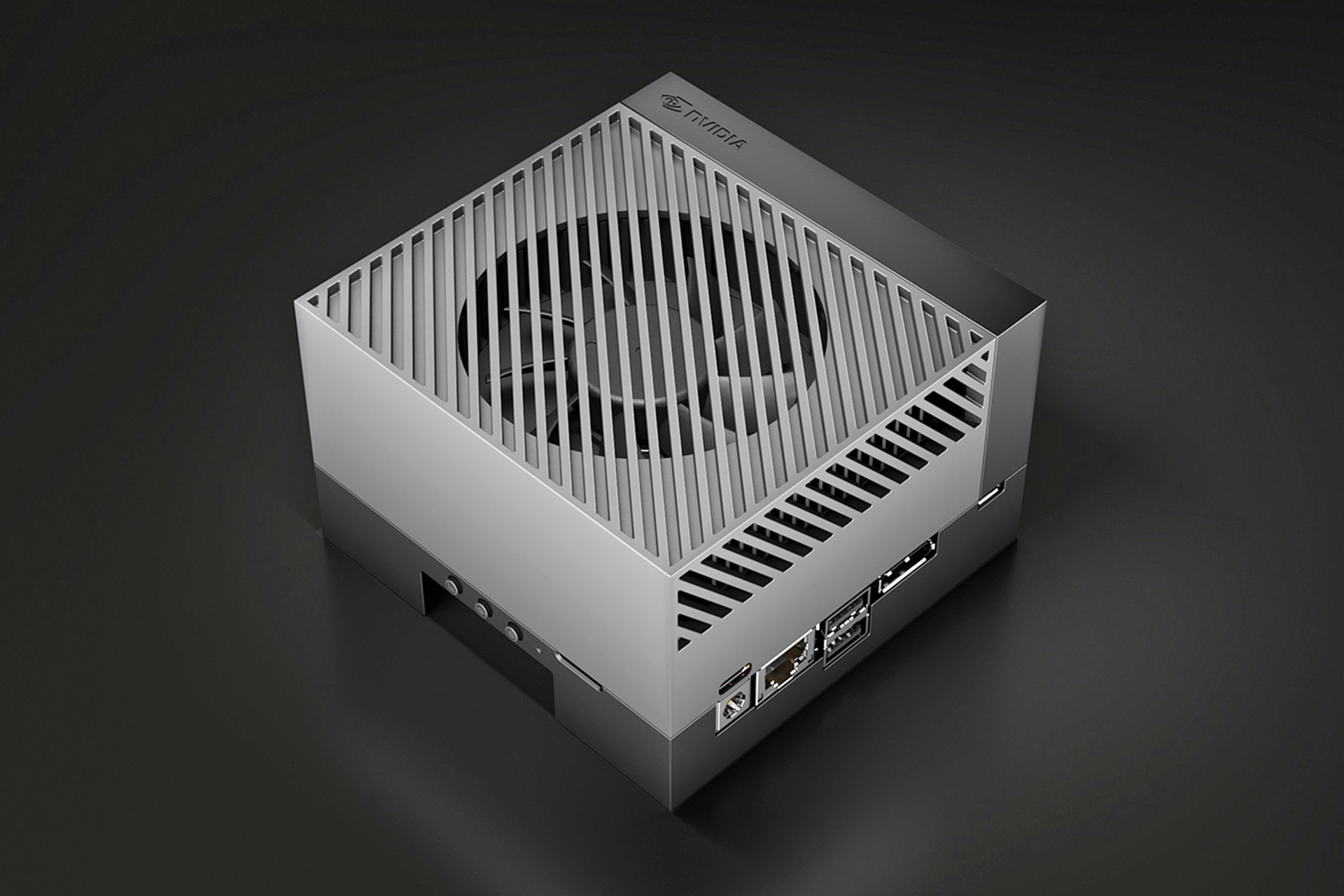 If you’ve been eager to use NVIDIA’s more powerful robotics ‘brain’ for projects, you now have your chance — provided you’re willing to pay a premium. The company is now selling the Jetson AGX Orin developer kit for $1,999. The palm-sized computing device is now billed as eight times more powerful than Jetson AGX Xavier (275 trillion operations per second, or TOPS) thanks to its 12-core ARM Cortex-A78AE CPUs, Ampere-based GPU and upgrades to its AI accelerators, interfaces, memory bandwidth and sensor support.

NVIDIA is doing more to give robot creators a helping hand, though. It’s launching an Isaac Nova Orin platform that includes two Jetson AGX Orin modules and the sensor suite needed for a robot to detect the world around it. The platform can handle up to six cameras, three LiDAR units and eight ultrasonic sensors. You’ll also get the tools needed to simulate the robot, not to mention support for software that helps speed up mapping, navigation and perception. NVIDIA hadn’t mentioned pricing as of this writing, but it’s safe to presume the extra module and sensors will cost significantly more.

You probably won’t use the new Jetson hardware for amateur projects, but it could have a significant impact on the technology you use or buy. NVIDIA is keen to note existing Jetson users like John Deere (which uses the tech in an upcoming autonomous tractor) and Hyundai Robotics. Orin’s extra performance isn’t guaranteed to lead to more intelligent robots, but it should at least help those robots handle tasks quickly.

All products recommended by Engadget are selected by our editorial team, independent of our parent company. Some of our stories include affiliate links. If you buy something through one of these links, we may earn an affiliate commission.