No Steering Wheel or Pedals? 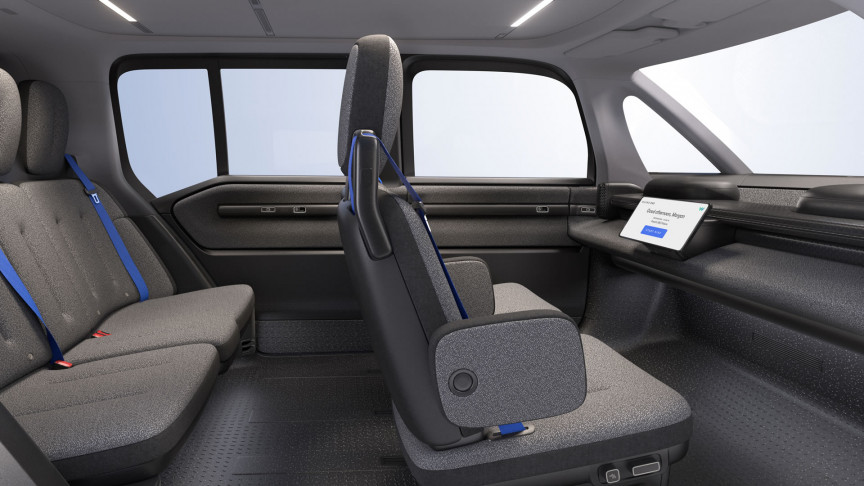 A new design for an autonomous taxi without a steering wheel or pedals has been unveiled by Waymo. The company, which has partnered with the Chinese automaker Geely, announced this week its intention to build a Zeekr minivan filled with passenger seats and little much else.

The minivan will be all-electric and self-driving as in being designed and developed in Gothenburg, Sweden. According to the US-based Waymo, the robot minivan will be added to its existing fleet “in the years to come.”

The announcement came via a blog post where Waymo gave a hint as to some of Zeekr’s planned features. According to Waymo, the Zeekr will have “a flat floor for more accessible entry, easy ingress, and egress thanks to a B-pillarless design, low step-in height, generous head and legroom, and fully adjustable seats.”

As for the anticipated experience of riding the vehicle, Waymo said passengers will experience “an interior without steering wheel and pedals, and with plenty of headroom, legroom and reclining seats, screens and chargers within arm’s reach, and an easy to configure and comfortable vehicle cabin.”

For anyone familiar with Waymo’s journey, the Zeekr is not the company’s first foray into fully autonomous vehicles without a steering wheel. Back in 2015, Waymo unveiled the Firefly — a tiny pod-like car designed to test early iterations of its autonomous software. The Firefly was retired in 2017 when Waymo decided to use larger, more conventional vehicles that traveled faster than the pod’s top speed of 25 mph (40 km/h).

All very ambitious, but the vehicle’s ultimate fate will be in the hands of regulators. Waymo’s existing fleet of vehicles, for example, is currently undergoing extensive road testing on pubic roads by safety regulators who will give the green light for them in the not too distant future all things going to plan.

This is ultimately the reason that they cannot give a fixed date for the rollout of vehicles like the Zeekr.

Waymo exist thanks to Alphabet

Waymo was born out of Google’s autonomous-vehicle program that started in 2009. Now owned by Alphabet, Waymo has been developing and testing a range of vehicles fitted with advanced software and an array of sensors and cameras that ensure safe travel.

Skipping forward a decade or so, and Waymo had advanced their technology enough to launch an exploratory ridesharing service for residents in Pheonix, Arizona in 2018. This formed the main thrust of the company’s attempt to introduce its products to members of the public.

However, existing autonomous vehicles in Waymo’s fleet all contain a steering wheel, and sometimes a safety driver. The latter is present just in case they need to intervene should any anomalies be detected during a journey.

But this is, in Waymo’s opinion, just a stop-gap to developing a fully autonomous vehicle without the need for human-useable controls. As Waymo confidently express on their blog post, “we’re committed to expanding access to sustainable transportation, and deploying these fully autonomous, electric ride-hailing vehicles in the U.S. is an important step as we electrify our Waymo One fleet.”