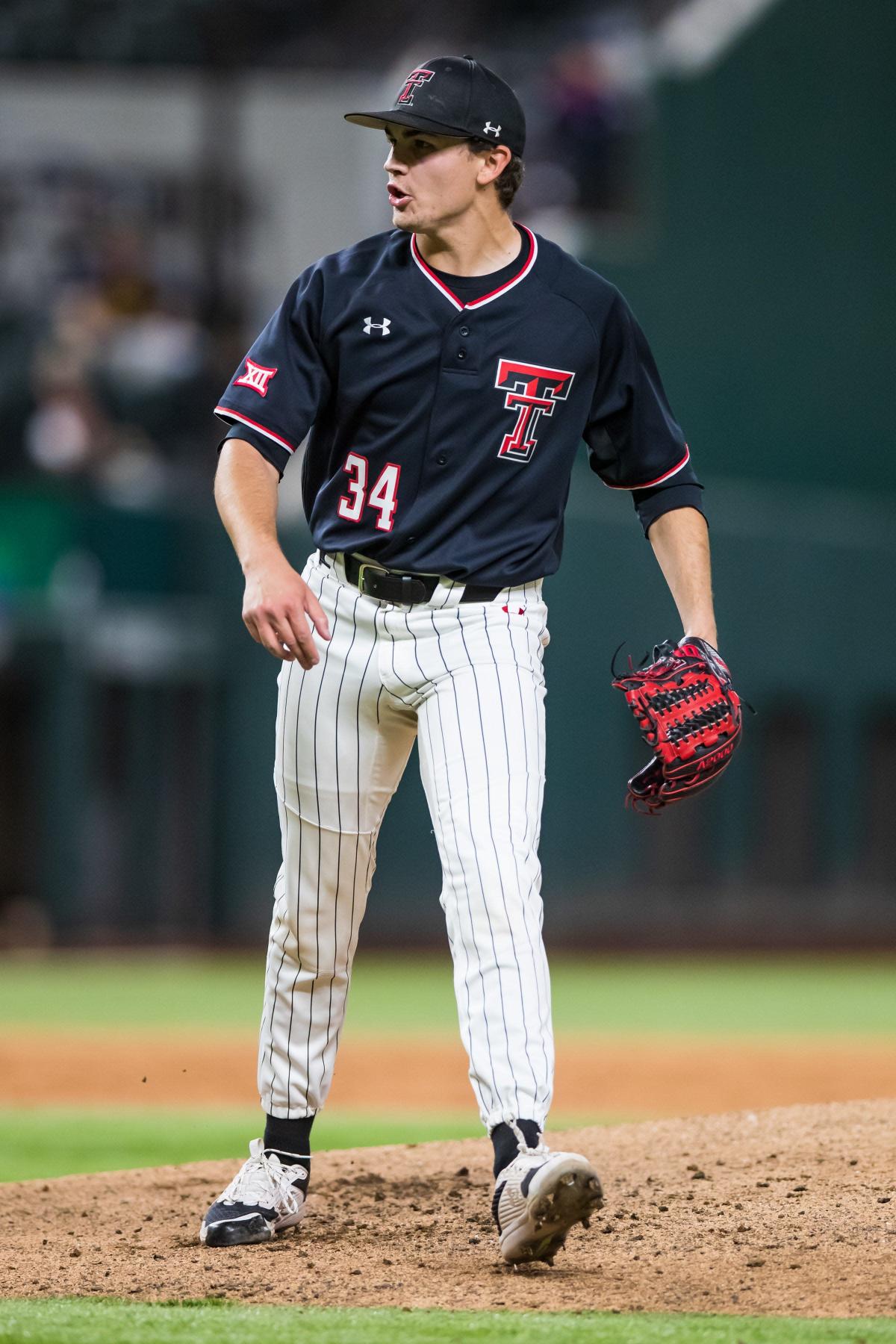 The Texas Tech baseball team is 11-0 at home this season and, dating to last season, has won 13 regular-season games in a row at Dan Law Field/Rip Griffin Park.

The stiffest test to that streak figures to come this weekend in an early showdown for control of the Big 12.

“I think we try to play every game like we’re playing Texas — like: Don’t take any opponent lightly,” Tech first baseman Cole Stilwell said. “There’s obviously going to be more jitters and stuff going on, but I think we’re ready and we’re going to treat it like just a baseball game. Go win.”

For the second year in a row, the Red Raiders have bounced back strongly after they stumbled on opening weekend at the College Baseball Showdown in Arlington. Last year, Tech lost all three of those games at Globe Life Field, then won 20 of its next 21.

This year, Tech lost two of three at the Texas Rangers’ new stadium and has won 17 of 19 since.

“I feel like we’re very hard to beat,” pitcher Chase Hampton said after the Red Raiders’ home victory Tuesday night against California Baptist. “Our pitching and our hitting have come a long way this year, and I think we’re going to be really good going forward.”

Among 293 teams in NCAA Division I, Tech ranks tied for seventh in runs scored with 208 and 11th in runs per game with an average of 9.5, and Texas ranked seventh in team earned-run averages at 2.63.

The Red Raiders have so far mitigated some early concerns about the depth of the lineup behind slugging second baseman Jace Jung, putting up double-digit run total in nine games.

Third baseman Parker Kelly (.319-6-27) and shortstop Kurt Wilson (.305-2-21), both fifth-year seniors, are putting up some career-best numbers, and Wilson, Stilwell and center fielder Dillon Carter are among the Big 12 leaders in runs scored.

Tech pitchers will have to work carefully to first baseman Ivan Melendez (.353, 10 home runs, 34 runs batted in), multi-position player Murphy Stehly (.433-5-22) and shortstop Trey Faltine (.333-6-20). Melendez and Faltine rank 1-2 in the Big 12 in home runs — Faltine tied for the second spot with Kelly — and Melendez is tied for fifth in Division I in both home runs and RBI.

Stehly has 13 multi-hit games, including four three-hit games and a four-hit performance. He homered three times Sunday in a win over Incarnate Word.

Who: Texas Tech vs. Texas