Nikola Tesla’s Visions for World That Came Into Reality 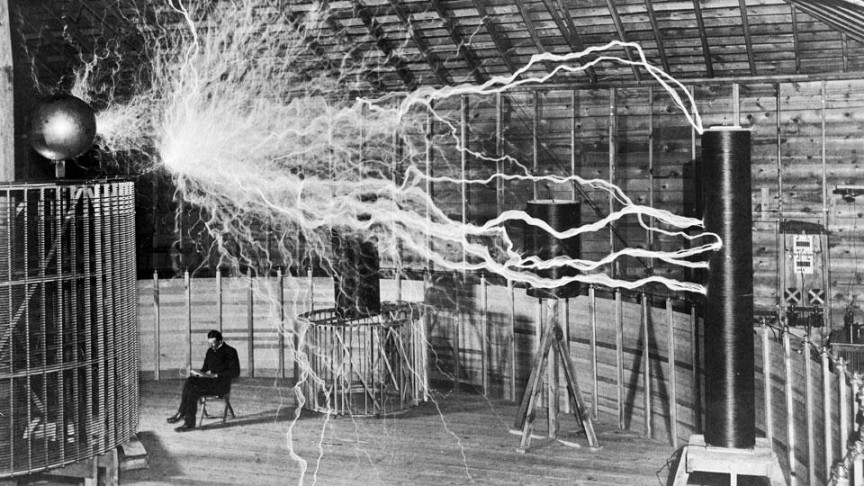 The Serbian-American engineer, inventor, and futurist Nikola Tesla is one of the most revered figures in engineering. His imaginative genius and inventive mind led to dozens of breakthroughs in the production, transmission, and application of electricity. Tesla developed the alternating current which is the basis of electricity in our homes and buildings. He also pioneered the field of radio communication, building on Guglielmo Marconi’s work. And this is just the tip of the iceberg.

Aside from being a prolific inventor, Nikola was a futurist. Many of his predictions about future technology more or less describe today’s world, which is impressive considering that Tesla was born in the mid-1800s. In fact, you can see hints of his futurist mind in a lot of his lesser-known ideas.

He dreamt up earthquake machines, cameras that could photograph thoughts, wireless energy, machines that could create artificial tidal waves, and electric-powered supersonic airships. Though these ideas never came into reality, many of them offered glimpses at a world yet to come, illustrating that Tesla was thinking way ahead of his time. Today we are going to look at some Nikola Tesla’s predictions that have come true and how the technologies are impacting our world today.

Telsa imagined a world with smartphones, the internet, and wireless communication.

Nikola Tesla correctly predicted the birth of the internet, smartphones, and wireless communication. In fact, he played a role in inventing much of the technology that we use today. Although not credited as the inventor of all of these, Tesla played a role in developing the radio, television, AC electricity, fluorescent lighting, neon lighting, radio-controlled devices, robotics, x-rays, radar, microwaves, and dozens of other awe-inspiring inventions.

The passage below was written in 1904 and most striking is his precise and largely correct description of a modern smartphone as being a cheap and simple device small enough to carry in one’s pocket.

“My scheme of intelligence transmission, for which the name of “World Telegraphy” has been suggested, is easily realizable. I have no doubt that it will prove very efficient in enlightening the masses… Each of them will be preferably located near some important center of civilization, and the news it receives through any channel will be flashed to all points of the globe.  A cheap and simple device, which might be carried in one’s pocket, may then be set up somewhere on sea or land, and it will record the world’s news or such special messages as may be intended for it.

Thus the entire earth will be converted into a huge brain, as it were, capable of response in every one of its parts.  Since a single plant of but one hundred horse-power can operate hundreds of millions of instruments, the system will have a virtually infinite working capacity, and it must needs immensely facilitate and cheapen the transmission of intelligence.” -21st Century Books, The Transmission of Electrical Energy Without Wires

Tesla believed that one-day machines would be endowed with their “own minds.” He correctly predicted the rise of robots and artificial intelligence. Tesla developed a remote-controlled boat in 1898 which he called “Tele automaton.” It was exhibited at Madison Square Garden to a crowd of shocked and confused onlookers.

SEE ALSO: 7 INVENTIONS OF NIKOLA TESLA THAT WERE NEVER BUILT

Most people at this time did not even realize radio waves existed, so they were unable to comprehend how Tesla could control the boat’s movements and little lights with his radio-transmitting box. Many people who witnessed Tesla’s remote-controlled boat decried it as magic while others viewed it as a sort of precursor to the impending AI killer robots of which Elon Musk currently warns.

“Innumerable activities still performed by human hands today will be performed by automatons. At this very moment scientists working in the laboratories of American universities are attempting to create what has been described as a ‘thinking machine.’ I anticipated this development.

I actually constructed ‘robots.’ Today the robot is an accepted fact, but the principle has not been pushed far enough. In the twenty-first century the robot will take the place which slave labor occupied in ancient civilization. There is no reason at all why most of this should not come to pass in less than a century, freeing mankind to pursue its higher aspirations.” -21st Century Books, A Machine To End War

Flying machines would take to the skies in the future.

A type of flying machine that was, “devoid of wings, propellers, ailerons, and airbags”, and instead relied on positive movement by electrostatic and magnetic fields was another of Nikola Tesla’s predictions. He believed that they would allow someone in Europe to travel to the United States in just a few hours. He believed that it was possible to fuel aircraft by wireless energy and that this would then bring about the dissolution of the national borders.

He went further to describe the dissolution of borders bringing world peace and harmony. I think Nikola Tesla would be a bit disappointed to learn that airplanes are still using fuel and have not yet brought world peace. We have a long way to go in the area of flying machines but who knows, maybe Terrafugia will take off?

Tesla also delved into the world of flight and antigravity. In fact, his last patent in 1928 was for an electro propulsive flying machine that resembled both a helicopter and an airplane. Before he died, Tesla reportedly devised plans for the engine of a spaceship. He called it the anti-electromagnetic field drive or Space Drive.

“After these experiments I planned to build a flying machine, which could fly not only in the air but within interplanetary space. The principle of operation of the flying machine is as follows: towards the flight direction, compression of the ether is to become weaker by the generator installed in the flying machine.

As the ether keeps pressing with prior intensity from all other sides, then the flying machine began moving. Being within this flying machine you will not feel its speeding-up as the ether is not to hamper your movement. I had to abandon my plans to create the flying machine. There were two reasons for it: first, I have no money to work in secret. But the main reason is that the great war began in Europe and I wouldn’t like my inventions used to kill! When on earth will these madmen stop?” –Tesla’s Flying Machine

Free energy for all and end the of monopolies.

Nikola Tesla believed that the world was on the verge of a revelation within the field of energy harnessing. He believed that the energy companies which had a monopoly on controlling and charging for energy would come to an end. He realized that energy is all around us and that all we need to do is harness the energy that nature supplies us free of charge. Tesla understood the principles of the abundance of nature:

“The earth currents of electricity are to be harnessed.  Nature supplies them free of charge.  The cost of power and light and heat will be practically nothing.”

In this, Tesla predicted what may be the coming democratization and decentralization of energy and power. We see glimmers of this with the internet’s decentralization and disruption of power structures in the realms of digital news, entertainment, technology, and information. Tesla Motor’s Powerwall home battery system is also another indicator that the future of energy might be more decentralized.

“The scientist-electricians who have for years been trying to master the mystery of electrical earth currents with which the ground beneath your feet is filled, are on the threshold of success.  The success of the experiments they have under way means much to them, but vastly more to the people.

It means that if Nikola Tesla succeeds in harnessing the electrical earth currents and putting then to work for man there will be an end to oppressive, extortionate monopolies in steam, telephone, telegraphs and the other commercial uses of electricity, and that the grasping millionaires who have for two decades milked the people’s purse with electrical fingers will have to relinquish their monopoly.” – 21st Century Books, A Way To Harness Free Electric Currents

We hope to see more of this visionary’s futuristic ideas come into life hopefully in the near future.