Next Phase of Europe’s New Fighter Jet Gets Approval 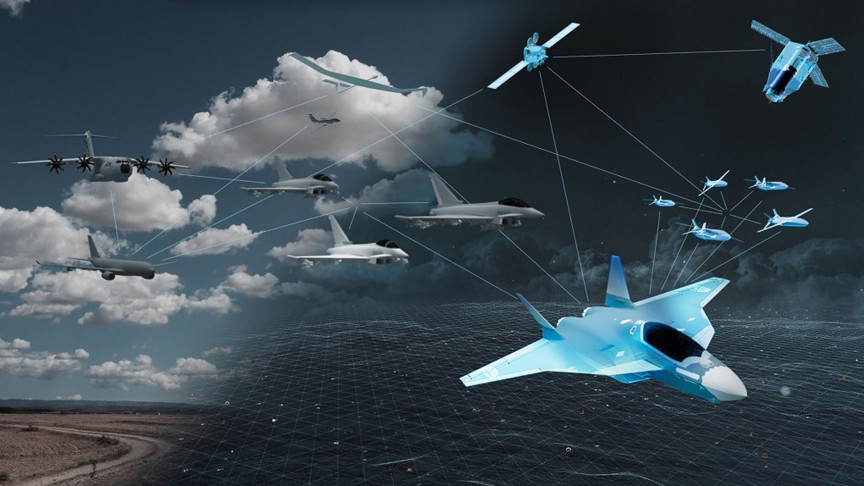 The next phase of Europe’s cutting-edge Future Combat Air System (FCAS) has been given the green light by German legislators — according to recent news. Jointly developed by Germany, France, and Spain, the new fighter (and support system) is being developed to replace the now-aging Eurofighter/Typhoon, French-made Rafale jets, and Spanish EF-18 Hornets by around 2040.

The announcement comes after a  budget committee of the Bundestag lower house approved Phase 1B and Phase 2 of the program scheduled to commence between 2021 and 2027. Official documentation seen by the AFP highlights that these phases will likely cost around 4.5 billion Euros ($5.3 billion).

The FCAS program is not just about a new type of fighter and includes plans for drones and an ultrafast communications network called the “combat cloud”. This system will utilize artificial intelligence capabilities to enhance all elements of the system. It will also include “remote carrier vehicles” to enhance the kinetic capabilities of both manned and unmanned elements of the system.

The total cost of the program is expected to reach nearly 100 billion euros.

The project can trace its origins to 2017, when Germany and France announced their intentions for a new generation fighter, with Spain joining later on.

During the second phase, France’s illustrious Dassault Aviation and European aerospace company Airbus will team up to build a demonstrator prototype of the new fighter to test its reliability, airworthiness, and feasibility of its cutting-edge technology.

“We see this as a strong endorsement and trust in the program’s ability to develop further European operational and technological sovereignty, whilst strengthening its aerospace industry,” said Dirk Hoke, head of Airbus Defence and Space.

However, this news has not been universally praised. Der Speigel reported in June that they had received reports from high-ranking German army officials that the contract is in dire need of renegotiation “from a technical and economic point of view.”

In their view, the deal meets all the needs of the French but will be detrimental to German interests. These concerns are also shared by the German Social Democrats (SPD) who still have many questions about the project and demand “clear conditions for further progress”.

But these concerns appear to have fallen on deaf ears as the program gets the official seal of approval from the bean counters in the German government.

It is hoped that a working prototype for the 6th-generation fighter part of the system should be ready to test as early as 2025.