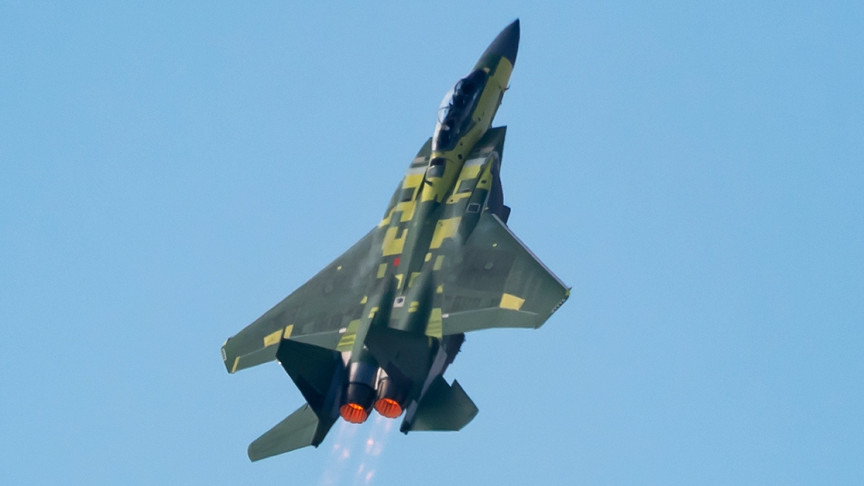 Boeing announced the good news in a press release, sharing information about its latest jet, and its initial 90-minute flight out of St. Louis Lambert International Airport in Missouri.

The F-15EX’s impressive Viking takeoff yesterday was a sight for sore eyes, and left little doubt that this new jet could prove useful for the U.S. Air Force, and other international air forces.

What’s new about the F-15EX fighter

What stands out about the F-15EX is its digital airframe design and open missions set up. The jet’s digital core will serve as a test bed for future technology insertion. This latest F-15 fighter boasts fly-by-wire flight controls, an entirely new digital cockpit, modern AESA radar, and the world’s fastest mission computer, the ADCP-II.

Learn about the new modernizations of the F-15EX: https://t.co/ENrzX6cvtr pic.twitter.com/ajmnk092wM

On top of that, the jet has the Eagle Passive/Active Warning and Survivability System, which is an electronic warfare system capable of improving mission effectiveness and survival rates.

The jet’s development contract was awarded to Boeing in July 2020 to build the first eight F-15EXs. The aim is to have as many as 144 of these jets in the U.S. Air Force in the future.