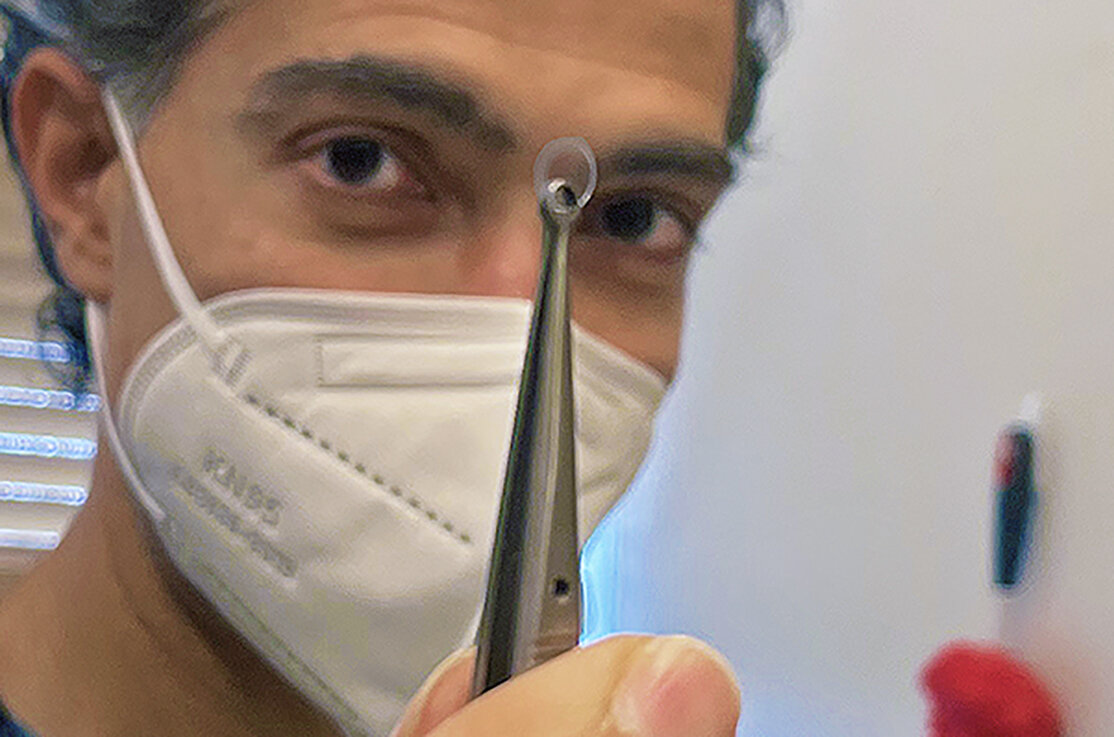 Bilal Haider is studying how multiple areas of the brain work together for visual perception. This could help researchers understand if neural activity “traffic jams” underlie all kinds of visual impairments: from running a red light when visual attention is elsewhere, to shedding light on the autism-affected brain.

To do this kind of work, researchers need a reliable “map” of all the visual brain areas with specific coordinates for each unique brain. Drawing the map requires monitoring and recording data from an active, working brain, which usually means creating a window in the skull to watch blood flow activity.

Haider’s team has developed a better approach—a new kind of window that’s more stable and allows for longer-term studies. The assistant professor in the Wallace H. Coulter Department of Biomedical Engineering at Georgia Tech and Emory University explains how in a paper published in February in Scientific Reports.

To get a clear image of the brain’s visual network, Haider’s lab uses an established technique called blood flow imaging, which tracks oxygen in the blood, measuring the active and inactive areas of a mouse brain while the animal views visual stimuli. To capture a strong blood flow signal, researchers typically create a cranial window by thinning the skull or removing a piece of it altogether. These procedures can diminish stability in the awake, pulsing brain—detrimental conditions for delicate electrophysiological measurements made in the same visual areas after imaging.

“Standard windows give really good pictures of the vasculature,” Haider said. “But the downside is, if you’re working with an animal learning how to perform a sophisticated task that requires weeks of training, and you want to do neural recordings from the brain later, that area has been compromised if the skull is missing or thinned out.”

Basically, a thin layer of the glue is applied to the skull with a micropipette and a curved glass coverslip is placed on top of that. The cyanoacrylate creates a “transparent skull” effect. Haider’s team developed the new window system and then vetted the accuracy of the resulting visual brain maps.

“Sometimes the simplest things work. The glue creates a barrier allowing all of the normal physiological processes underneath to carry on, but leaving the bone transparent,” Haider said. “It’s like putting a protector on your smartphone. The protector is over the glass surface, but everything underneath stays crystal clear and functioning.”

Haider’s approach will help his team accomplish their larger goals—to measure the activity of neurons in the brain’s visual pathways and understand how neural traffic jams diminish our visual attention, and how these processes may contribute to visual impairments in people with autism. It’s work that’s getting a boost, thanks to recent support of the Simons Foundation Autism Research Initiative.

Haider said proper study of brain function requires repeatable measurements of neural activity, so he has made the new window system publicly available.

“We think this will be useful tool for other researchers,” he said. “We made the code, all the hardware, all the specs of the system, everything, totally public so that other people can try it themselves. We designed this to use in our study of the visual brain, but it can potentially be used to study other brain areas in a way that allows researchers to do long-term experiments while keeping the brain stable and healthy.”

This document is subject to copyright. Apart from any fair dealing for the purpose of private study or research, no
part may be reproduced without the written permission. The content is provided for information purposes only.