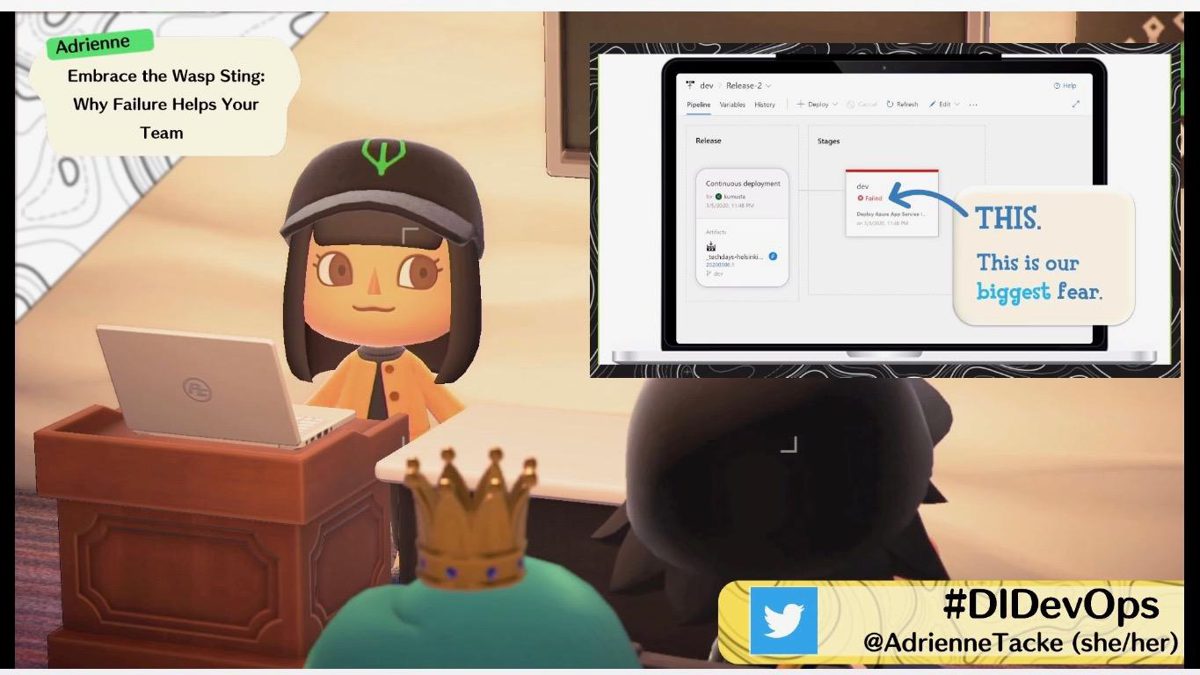 A group of software developers have come up with a novel way to hold a tech conference during the pandemic: They’ve decided to do so virtually over the hit Nintendo game, Animal Crossing: New Horizons.

The tech conference, Deserted Island DevOps, is going on today, and features various talks about software development and working in the tech industry. The key difference is that the day-long event is taking place within a multiplayer session inside the game.

As a result, the venue has been replaced with a cartoon-like conference hall. The speakers are showing up as cute customized characters. Even swag for the event, such as T-shirts and hats, have been created. Meanwhile, the rest of the public can watch over a livestream on Twitch.

The event is getting streamed on Twitch.

The idea for the Animal Crossing-themed tech conference started off as a joke from Austin Parker, a principal developer advocate at the company LightStep, according to TechRepublic. On March 31, he tweeted a picture showing  a trade show booth created inside the game, which stirred up interest for the conference.

“Well the response has been somewhat overwhelming so… please check out desertedisland.club and register for the very first DevOps conference taking place in Animal Crossing!” he tweeted a day later. The event has since attracted 1,000 registrations. 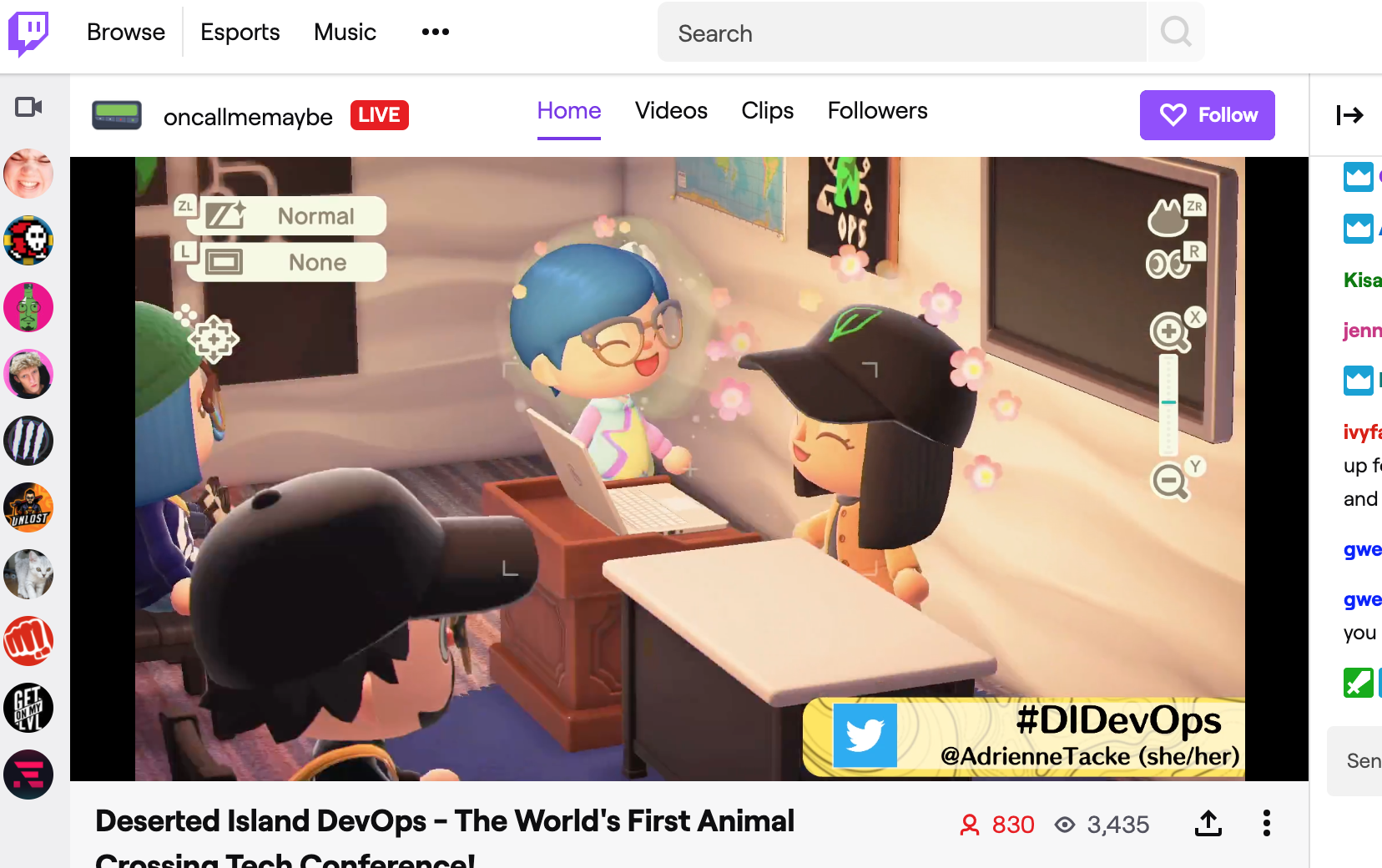 Happy faces after a talk is done.

We’ve been tuning into the conference, and the experience has definitely been amusing. Instead of watching people talk over a more typical video conferencing session, we were greeted with happy cartoon faces and bright colors that lightened the mood. After a session finished, audience members also happily clapped and smiled.

To pull off the event, the presenters are holding their talks in Animal Crossing while speaking into a call over Zoom. Event organizers are overlaying PowerPoint slides on the video stream so audience members can easily follow along.  A chat server on Discord, meanwhile, enables the presenters to take questions from viewers.

Unfortunately, not every attendee can sit inside the game. Animal Crossing caps multiplayers sessions to eight players. So the audiences were limited to only a handful of cartoon avatars. But we liked what we saw, and hope to see more tech conferences being held inside games.