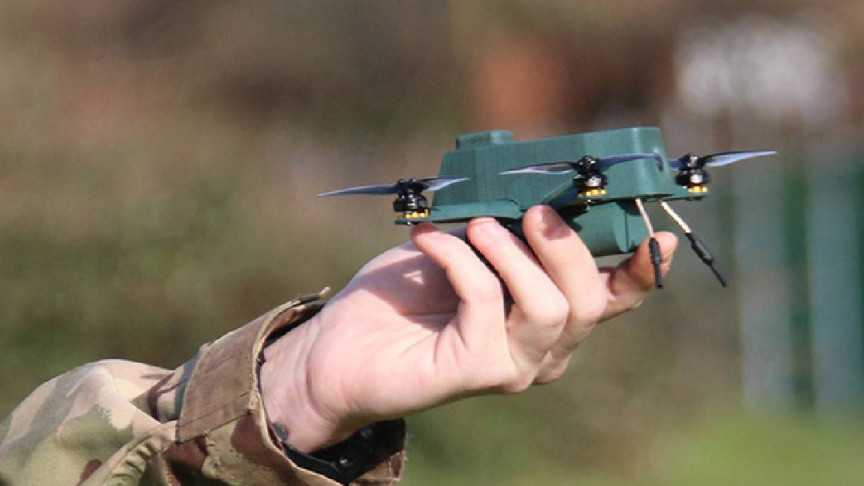 The UK army has acquired 30 small drones called Bugs capable of spying on targets 1.25 miles (2 kilometers) away. The new drones weigh a mere 196g and can fit in the palm of your hand.

The Bugs, developed by Bae Systems in collaboration with UAVtec, have 40-minute battery life and can fly even in strong winds of more than 50mph (80km/h). They have been described as a soldier’s eyes and were reported to be the only nano-UAVs able to handle uncompromising weather during an Army Warfighting Experiment event hosted by the Ministry of Defence’s Future Capability Group.

“In even the toughest weather, the Bug can deliver vital tactical intelligence on what’s around the corner or over the next hill, working autonomously to give troops a visual update. Combined with our other information advantage products, this video feed could be shared multi-domain, enabling commanders on land, sea, and air to increase their situational awareness and inform their decisions,” said in a statement James Gerard, Principal Technologist, BAE Systems’ Applied Intelligence.

The technology might seem exciting but experts argue it can be very misleading. Chris Cole, director of Drone Wars, told The Guardian that drones simply cannot be counted on.

“Drone warfare is evolving in multiple ways including the increasing use of nano surveillance drones like these new ‘Bug’ UAVs by individual military units. Such systems, however, can only give very sketchy intelligence and are likely to give a false sense of security and situational awareness to units on the ground,” said Cole.

“We have seen many times in the past commanders ordering airstrikes and other lethal action based on information obtained via remote surveillance only for the situation on the ground to have turned out to be very different with this false sense of understanding leading to civilian casualties.”

Time will tell whether the bugs prove efficient or not and what role drones will play in military operations.