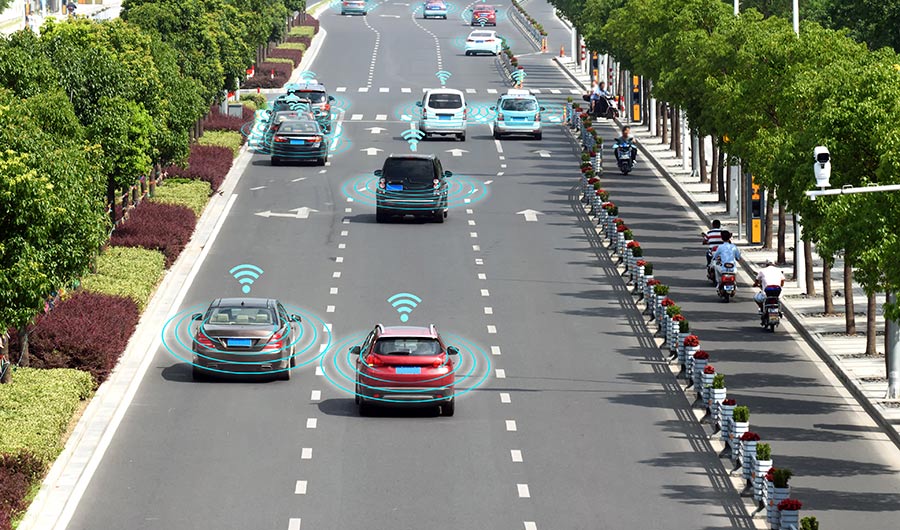 When it comes to driver safety, technology plays a key role. The question is, does it hurt or help? Truth be told, it might just be a mixture of both. It all depends on the driver, the vehicle, and the situation.

Distracted driving is a growing concern for drivers and road safety in the United States. Since 2010, the annual number of distracted driving accidents has increased by nearly 10 percent. In total, there are nearly 1 million incidents and close to 3,000 known deaths per year. And when it comes to the causes of distracted driving, technology is near the top of the list.

According to a recent study, most people admit to being somewhat or very distracted by their smartphone, in-vehicle navigation/entertainment systems, and other forms of technology while behind the wheel of their vehicle. And the numbers increase when you look at younger demographics.

Roughly 37 percent of drivers ages 18 to 34 say they feel a “high degree of pressure” to respond to work-related messages while driving. (The national average is 25 percent.) Other alarming findings include:

Quickly glancing at your phone while driving might not seem like a big deal, but it can have a major impact on how safe you are behind the wheel. If you take your eyes off the road for just five seconds when traveling at 55 miles per hour, that’s the equivalent of driving the entire length of a football field blindfolded. No wonder car accident attorneys are seeing such a huge spike in distracted driving accidents!

But it’s not just smartphones.  Even the technology and infotainment systems built into vehicles are proving to be quite distracting.

“Voice-command functions found in new in-vehicle technology are intended to help drivers by keeping their eyes and attention on the road,” says Dr. David Yang of the AAA Foundation for Traffic Safety. “Unfortunately, the complexity and poor design of some of these systems could cause more harm for older drivers, in particular, instead of helping them.”

For these systems to function properly without being distracting, they have to become more intuitive. Some automakers are doing a good job of developing better systems, while others are still lagging behind.

Don’t worry – it’s not all bad news for drivers. Technology can actually have a positive impact on driver safety too. There have been some pretty impressive developments over the past decade. If you buy a new car, chances are you’ll see the following features (even in some base models):

So while distracted driving is a very real thing, elements like these aim to neutralize some of the ill effects and make driving safer for all.

Adding it All Up

As you can see, technology can hurt or help driver safety. It all depends on how it’s used. And if you want to be a safer driver, the solution is clear. Put away your phone, stay focused, and learn to leverage the safety features and technology that your vehicle has built-in.