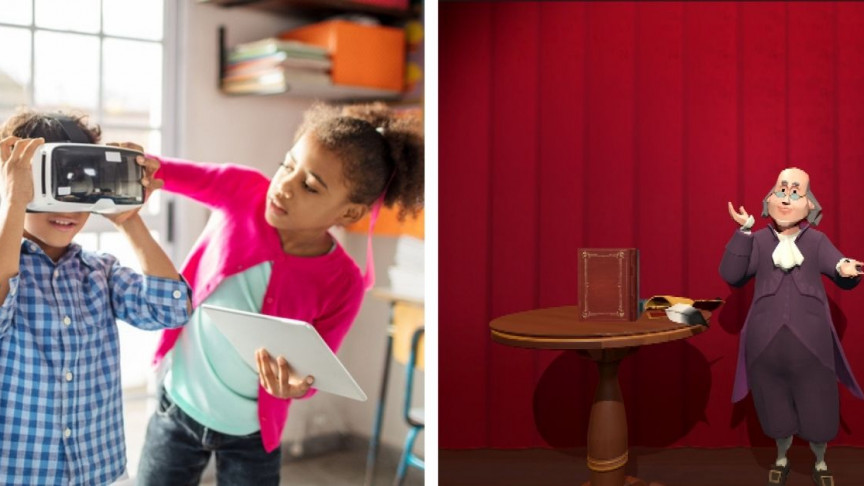 Parents the world over were shocked to find that their children were essentially locked out of their classrooms when COVID first struck in March 2020. The number of children worldwide currently learning remotely is around 1.2 billion.

Many technology companies have stepped up to help both children and adults with distributed learning, and four of those companies presented their new technologies at this year’s Consumer Electronics Show (CES).

Caitlin Gutekunst, Senior Director of Marketing at Creativity Inc. a design studio for children’s products described how people are finding new ways to connect with one another and to work and learn from home. More adult workers are remotely learning than ever before.

Gutekunst also described the role voice assistants are playing in education. There are an estimated 4.2 billion voice assistants, such as Amazon Alexa, Apple Siri, Samsung Bixby, Microsoft Cortana, and Google Assistant, in people’s homes. That number is projected to increase to 8.4 billion by 2024, and increasingly, they are playing a role in remote learning.

According to Gutekunst, voice is the new channel for people to interact with their systems, in much the same way as touch augmented the use of a computer mouse. We now take it for granted that we can speak to our TV remote control and ask it to change the channel, and voice is showing up in toys, mobile games, and apps.

In the same vein as voice, Gutekunst described hearables, such as earbuds and AirPods, as another channel to interact with our systems. As voice and hearables evolve, you’ll be able to start an interaction using your voice assistant, then seamlessly continue that interaction on your smartphone in your car.

AR/VR as the classroom

Dence described Spatial’s AR tool that turns any room into a classroom. Schools such as the University of Arizona, the University of Delaware, and the Weill Cornell School of Medicine are all using 3D models to create immersive learning experiences.

This new technology will allow kids to experience different learning styles, connect with their teachers, ask for help with their homework, and increase their productivity. The new tech will also allow parents to set schedules for at-home learning and monitor their children’s assignments and grades.

Increasingly, AR/VR is entering the education market, and Melanie Harke of Schell Games in Pittsburgh, PA described how immersive VR can be. It gives students the ability to travel to distant lands, practice procedures, and use resources. VR lets students learn by doing — from tasks requiring them to move their entire body, to practicing physical activities and gaining muscle memory.

Along with remote learning comes remote testing, which is a rapidly growing field. Shantanu Dev, Co-founder of Examd Inc., described how his company is providing online assessment.

His company’s products use an AI algorithm that auto-flags a variety of suspicious behavior with 96% accuracy. Examd’s product also provides for hybrid test-taking with the addition of human proctors. The software also includes several layers of authentication to ensure that the correct student is taking the exam.