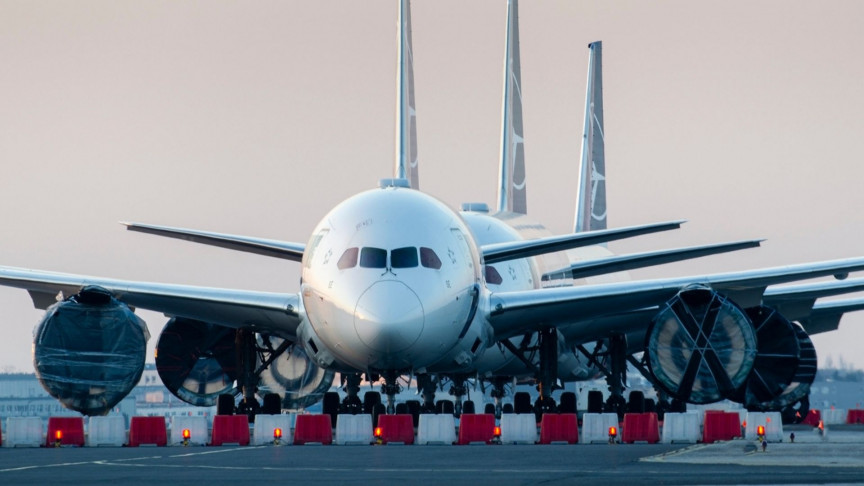 Researchers from Washington State University (WSU) developed a new technology that converts plastic waste into jet fuel in only one hour, in a cost-effective method for upcycling waste plastics to power aircraft. Their findings are published in the journal Chem Catalysis.

In their study, the WSU team outlined their method for converting 90 percent of plastic to jet fuel and other valuable hydrocarbon products at moderate temperatures within a 60-minute timeframe. The researchers believe their new process can add a much-needed financial incentive for plastic recycling initiatives worldwide.

The problem of waste plastic is by all accounts a global crisis. 10 million tons of plastic waste end up at sea each year, according to the World Economic Forum. A great deal of this ends up in the massive Pacific Garbage Patch, which is growing at an exponential rate — despite the best efforts of initiatives such as the Ocean Voyages Institute, the Ocean Cleanup Project, and new concepts such as the plastic-collecting ‘Manta’ catamaran.

Though tackling the global waste problem is imperative, there’s a problem when it comes to incentivizing recycling initiatives at a global scale.

One of the main issues faced by the plastic recycling industry machine is the fact that the majority of mechanical recycling methods for plastic melt the plastic and re-shape it in order to make a new product. This process lowers the economic value and quality of the plastic recovered, meaning there is not a great financial incentive pushing the recycling of plastic worldwide.

While chemical recycling does produce higher quality products, it is too expensive and long a process for wide-scale adoption.

In a bid to tackle this problem, the WSU researchers developed a proprietary catalytic process that efficiently transforms polyethylene — the most commonly used plastic worldwide — into jet fuel as well as high-value lubricants.

For their method, the researchers used ruthenium on carbon catalyst alongside a commonly used solvent. Their process was able to convert approximately 90 percent of the plastic into jet fuel at a relatively low temperature of 428 degrees Fahrenheit (220 degrees Celsius) — meaning it should be easier to scale for commercialization.

“The cost of recycling is key,” Hongfei Lin, co-study lead and associate professor at WSU, explained in a press statement. “This work is a milestone for us to advance this new technology to commercialization.”

The researchers also explained that their process can be fine-tuned to develop different products according to demand, meaning it could be widely utilized for a large range of requirements.

The new method would kill two birds with one stone, as it would tackle the problem of plastic waste at the same time as providing a new source of fuel, therefore the reliance on fossil fuels — another proposal by US researchers recommended utilizing human waste collected aboard aircraft for fuel.

What’s more, the WSU researchers’ approach would also provide an added financial incentive for global plastic recycling — as the researchers pointed out, only 9 percent of plastic waste is recycled in the US each year.

“Depending on the market, they can tune to what product they want to generate,” Lin said. “They have flexibility. The application of this efficient process may provide a promising approach for selectively producing high-value products from waste polyethylene.”

The researchers said their next goal is to scale their process so that it can be commercialized in the future. They also aim to experiment with other plastics in order to enable their process to tackle even more of the world’s plastic waste.