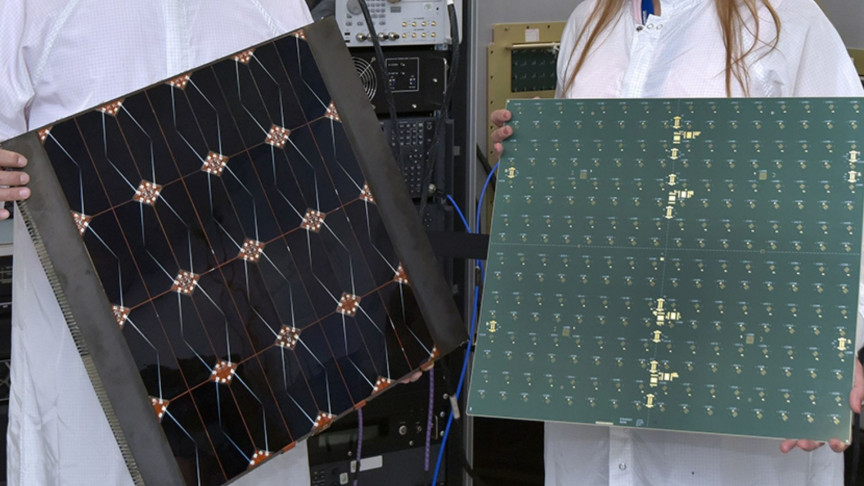 Although it may sound like science fiction, space-based solar power has started making headway with several projects underway. In February, we brought you news of technology firm Redwire acquiring Deployable Space Systems (DSS), a leading supplier of deployable solar arrays capable of enabling space missions with the intention of using them to deploy space-based solar power.

Meanwhile, last August we brought you further news, of Caltech’s Space Solar Power Project (SSPP) that collected solar power in space to be transmitted wirelessly to Earth offering energy unaffected by weather or time of day. The project promised to make solar power that could be continuously available anywhere on earth.

Now, the Air Force Research Laboratory (AFRL) along with Northrop Grumman have joined forces to produce a satellite solar panel designed to harvest energy in space to be beamed back to Earth. A trial of the technology was performed successfully, clearing the way for the panels to be sent to orbit in a military experiment planned for 2025.

The new technology is referred to by its makers as the “sandwich tile.” It consists of two layers: one that holds highly efficient photovoltaic (PV) cells which collect solar energy and another that contains components that enable solar to radio frequency (RF) conversion and beamforming.

“The successful conversion of sunlight into RF energy in a lightweight and scalable architecture is a significant step forward in delivering the technology building blocks to achieve the Arachne mission,” said in a statement Jay Patel, vice president, remote sensing programs business unit, Northrop Grumman. “We are helping to deliver a pioneering capability that can provide a strategic advantage to our forces around the globe.”

The test trial used a solar simulator to illuminate the PV side of the tile, triggering the Solar-to-RF conversion process. In 2018, AFRL awarded Northrop Grumman a contract worth over $100 million for the engineering of a space-based prototype space solar power system.