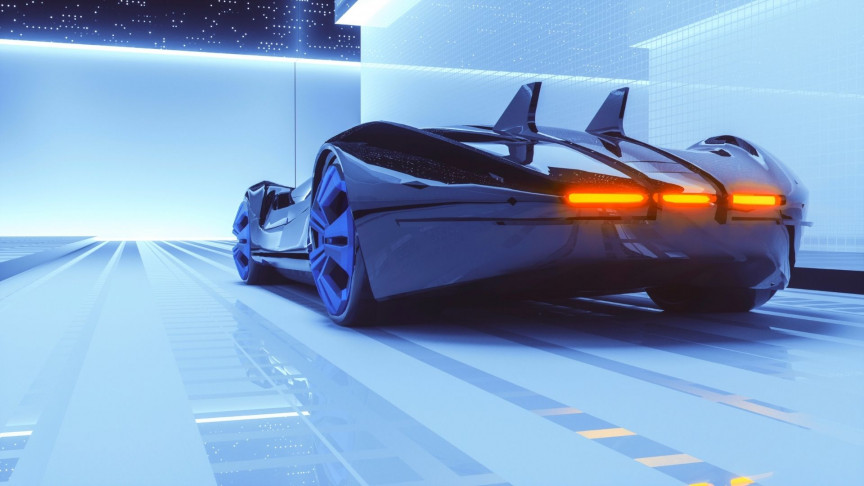 Long ago the human race invented the wheel. Obviously, it’s changed a lot since its likely initial use in pottery — serving now as a means of transportation for the Perseverance rover on Mars. But researchers recently designed a new, shape-shifting, and origami-like tire capable of altering its own structure, according to a study published in the journal Science Robotics.

The new tire can switch between a more conventional tall-and-skinny shape and another, short-and-fat structure. This modular design means the tires can provide drivers with significant advantages that static, one-shape tire structures can’t match.

Despite its unwieldy name; “high-load capacity origami transformable wheel,” the new design uses what’s called a waterbomb tesselation origami pattern — which sounds much cooler — to shift from its small and large forms while in use. Origami wheels like this new one aren’t exactly a new invention, but earlier designs weren’t great at supporting loads during the transition process. And a wheel that can transform loses its use-value when the driver needs to remove everything off of the vehicle to switch up the tire structure.

However, the new wheel can shoulder more than 2,248 lbs (1,019 kg), even when its shape is undergoing the transition. The new wheel’s origami design employs flexible membranes that fold outward between the two settings. The core new concept offers both flexibility and softness, which allows it to absorb shock and distortions from an irregular ground shape — similar to conventional rubber tires. Additionally, the tread of the new tire helps it roll over varying terrains.

The skinny-but-tall state helps the vehicle work on ground with obstacles strewn about, while the short-and-fat tire structure spreads out friction to more smoothly travel over, for example, sand.

While these new wheels probably won’t come equipped on your next tricked-out ride, they have substantial applications for vehicles traversing the alien landscapes of extraterrestrial bodies — like Mars, or the moon. If a future rover ever used wheels like these, the wheels would become a more efficient means of transferring energy into the ground via kinetic motion, which would conserve energy and extend a rover’s lifespan.

These wheels might also remove the necessity for engineers to design wheels in advance to capably handle every conceivable landscape — something unconscionably difficult when you’re one hundred million miles away from the terrain in question.

The research team behind the new modular wheel concept involved Seoul National University, Harvard University, and Hankook Tire and Technology Co., who collectively admitted the new wheel prototype sadly lacks a competitive commercial selling point, for the moment. But the team thinks its market appeal can improve via integrating the prototype with the conventional rubber tire manufacturing process.

The wheel is still evolving, as the materials, compounds, and tire tread designs we use to employ them are constantly advancing in complexity — with much of the drive to adapt pushed onward by military and industrial applications. While an origami-like tire is probably too complicated for public roads, special cases like rovers on other planets might have a new, welcome option in the coming decade.