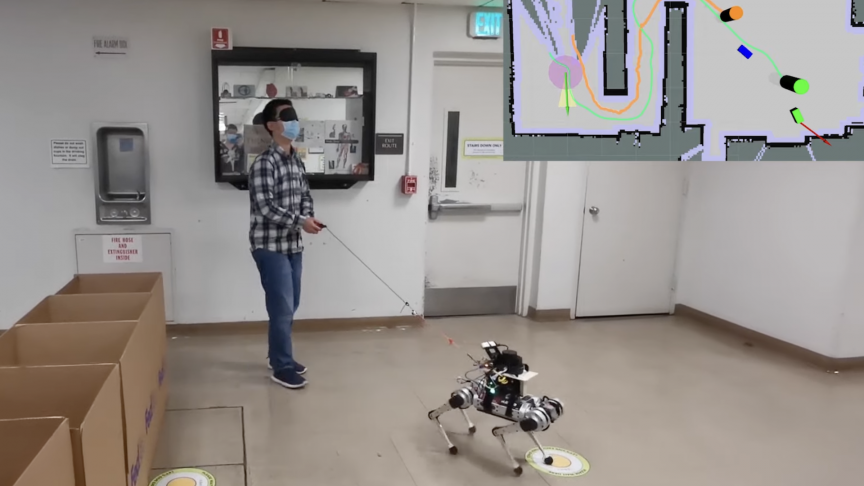 It looks like artificial intelligence and robotics might be on the verge of automating yet another job. A team of scientists from the University of California, Berkeley has developed a four-legged robodog to safely guide the visually impaired, a New Scientist report explains.

In a study published March 26, the researchers showed that their prototype pup can keep an eye on its master and utilize lasers to steer them around obstacles.

The robodogs will use a guiding software that is automatically downloaded into the machines and can be updated over time, project leader Zhongyu Li told New Scientist.

“Using a robotic guide dog, we can directly deploy our code from one robot to another,” Li told New Scientist. “As time goes by and the hardware becomes more affordable, we can actually use this kind of dog to help, to serve, humans.”

Such a system would get rid of the costly and time-consuming training process typically used for certified guide dogs.

Then there’s the fact that guide robodogs could utilize technologies such as GPS for an extra advantage — allowing them to know exactly where the master wants to go.

“An actual dog doesn’t know about navigating,” Li explained to New Scientist, in a rather obvious statement that has us imagining a monocle-wearing dog pouring over a star chart.

Advanced robodog technology at the cost of companionship?

There is, however, the important question of rapport and companionship. While they might be better at navigation, robodogs simply can’t provide the same kind of companionship an animal is capable of, Tim Stafford from the UK charity Guide Dogs told New Scientist.

“They value their dog as a partner, companion, and family member, as well as a guide dog,” Stafford explained. “It is this deep bond which makes the relationship unique and so much more than just a way to get around safely.”

So, while technology undeniably has the potential to revolutionize the lives of many who are visually impaired, perhaps we shouldn’t be thinking of replacing guide dogs just yet.