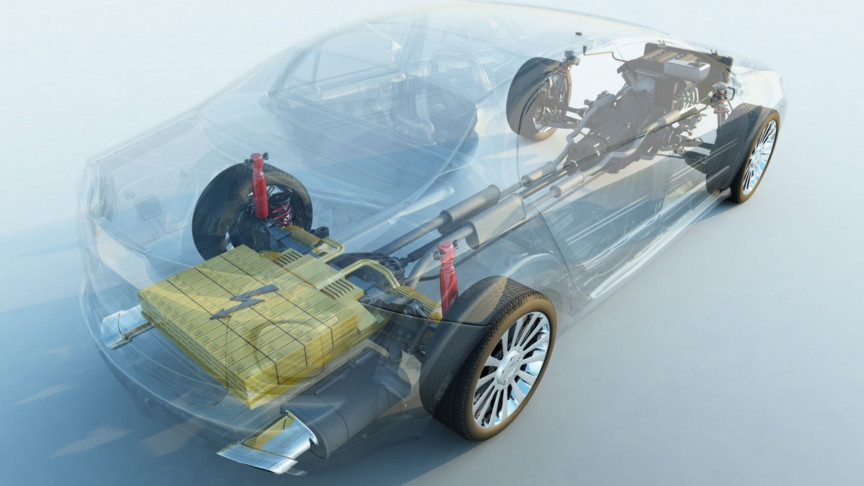 While the transition to renewable energies is a high priority, there is also a need to develop energy storage equipment to tide over low production cycles. Lithium-ion batteries are currently our best bet but can’t serve very high energy requirements. Researchers at the University of California, San Diego, in collaboration with LG Energy Solutions, may have solved our requirement of energy-dense batteries by developing a solid-state battery with a silicon anode.

Lithium-ion batteries use graphite coated in copper foil, as their anodes or negative electrode. While this system does work well, future applications such as electric-powered flight and energy storage for grids require batteries with high energy densities.  Scientists around the globe are working to resolve this issue and ubiquitous silicon is a potential answer.

Theoretically, silicon as an anode in a lithium-ion battery can deliver 10 times the energy capacity that graphite currently offers. Scientists have known this for decades and have tried to use silicon in batteries only to see them fare poorly. Silicon reacts with the liquid electrolytes in the batteries and even expands and contracts during charging and discharging cycles. This results in capacity losses over a period of time, taking away the edge that silicon offered in the first place.

To address this, the research team under the guidance of Professor Shirley Meng at UC San Diego, replaced the liquid electrolyte with a sulfide-based solid electrolyte. Additionally, they also removed carbon and polymer binders that past researchers have used with silicon anodes, thereby, completely eliminating undesired reactions between the anode and the electrolyte, which also resulted in a capacity loss earlier.

The research findings will be published in the September 24 issue of the journal Science.

“The solid-state silicon approach overcomes many limitations in conventional batteries,” said Darren H. S. Tan, the first author of the paper. “It presents exciting opportunities for us to meet market demands for higher volumetric energy, lowered costs, and safer batteries especially for grid energy storage,” Tan is also the CEO of a startup, UNIGRID Battery, that will license the technology for solid-state silicon batteries.  LG Energy Solutions, a partner in the research, has plans for mass production of solid-state batteries by 2027.