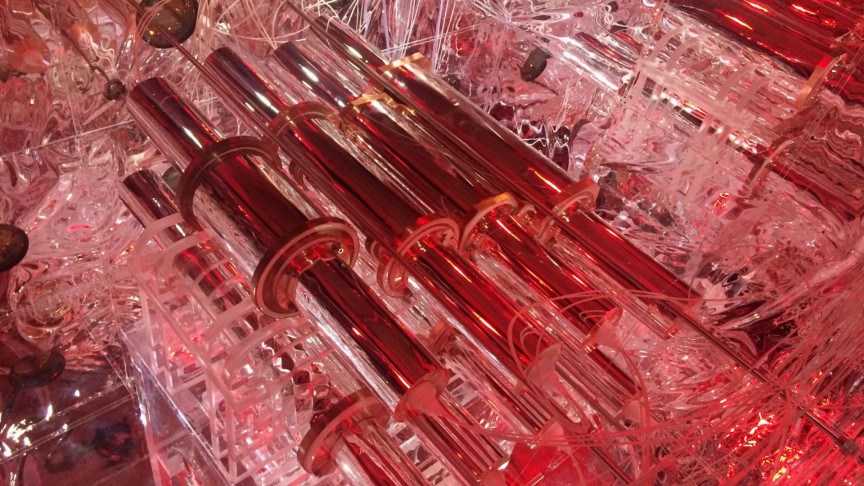 An international team of researchers from the COSINE-100 experiment in South Korea were unable to reproduce signals earlier reported by scientists at the DAMA/LIBRA experiment in Italy, despite using a very similar methodology, a press statement reveals.

Dark matter is believed to make up approximately 85 percent of all matter in the universe, and yet, it is only theoretical. For decades now, scientists have been attempting to find physical evidence for the existence of dark matter, which has so far only been observed indirectly via the observations of phenomena such as gravitational lensing.

‘What DAMA observed could not be dark matter’

In 2017, a team of researchers in Italy, working on the DAMA/LIBRA experiment, claimed that they discovered physical evidence of dark matter via flashes of light in sodium iodide crystals, or Weakly Interacting Massive Particles (WIMPS). In a paper published the following year, those scientists stated that they believed the flashes provided evidence of dark matter colliding with atoms in the crystals. Over several years, the number of flashes was observed to increase in June and decrease in December, and the DAMA/LIBRA researchers posited that this was due to the alternating speed at which the Earth moves through dark matter in the Milky Way.

Now, in a paper published in the journal Science Advances, the COSINE-100 team revealed that it has attempted, and failed, to replicate the findings of DAMA/LIBRA using the same iodide crystals. In an interview with Gizmodo, Reina Maruyama, a co-author of the new study, said “our team found that what DAMA observed could not be the dark matter under most basic assumptions of how we think WIMPs should interact with ordinary matter.”

However, Maruyama did note that the COSINE-100 team wishes to conduct further experiments. “We have not yet strongly tested DAMA’s observation of annual modulation, which DAMA argues is due to dark matter. That is our next focus,” she said.

The scientific process in full force

In their attempt to replicate the observation, the team in South Korea also tried to use the most like-for-like technology and conditions possible. However, the team reported that they did not observe similar flashes in their crystals. It is worth pointing out that the COSINE-100 researchers believe the DAMA/LIBRA team did find something that is worth exploring, though they do not believe that they have provided the scientific community with the much sought-after physical evidence of dark matter, as it was first presented in 2018.

Though the COSINE-100 results are not what most would have wanted to see, the team’s work is a fine example of the rigorous fact-checking required to validate findings within the scientific community. In the meantime, with the much-delayed launch of NASA’s James Webb Telescope finally set to take place on December 18, scientists hope that we will soon gain a wealth of new data providing further evidence, direct or indirect, of the role of dark matter in our universe.