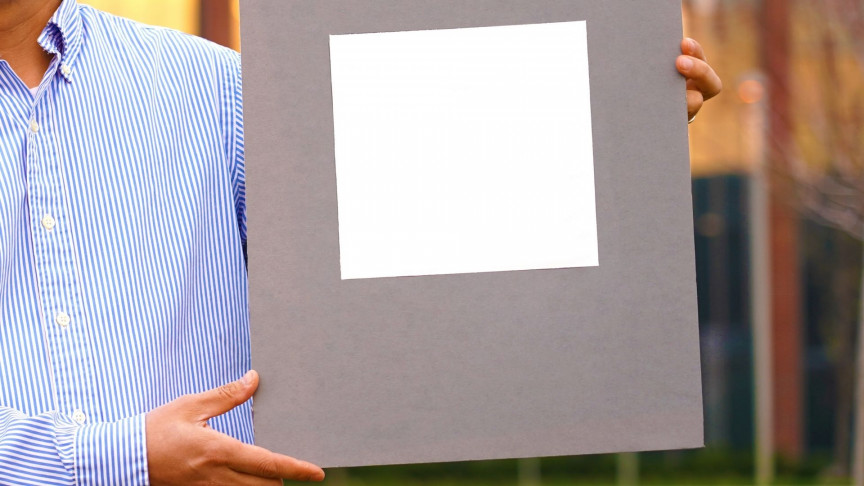 An ultra-white paint has been developed that pushes the limits of whiteness. It is so reflective, that coating a building in it may reduce the need for air conditioning, the Purdue University engineers explain in a press statement.

“If you were to use this paint to cover a roof area of about 1,000 square feet (92 sq m), we estimate that you could get a cooling power of 10 kilowatts. That’s more powerful than the central air conditioners used by most houses,” says Xiulin Ruan, a Purdue professor of mechanical engineering, and leader of the project.

Back in October of last year, Ruan and his team unveiled their ultra-white paint to the world. At the time, they said the paint reflects up to 95.5 percent of light, and its equivalent infrared heat signature.

Now, the same researchers announced that their latest formula reflects up to 98.1 percent of light. And not only is this new paint whiter, but it also reflects more heat away from surfaces, the researchers say.

The average commercial white paint warms rather than cools surfaces as it absorbs light — even paints that are designed to reflect heat typically reflect 80-90 percent of sunlight and do not cool surfaces, the team says.

Testing for the ‘broadest spectral scattering’

In order to devise their ultra-white paint, the Purdue University engineers considered over 100 different materials, before narrowing the list down to 10. For each of those, they tested roughly 50 different formulations.

The researchers eventually settled on an extremely high concentration of a chemical compound called barium sulfate, which is used to make cosmetic whites and photo paper.

Importantly, the barium sulfate particles come in a variety of different sizes in the paint. Different sizes of particles scatter light from a wider range on the color spectrum — so more sizes mean more light reflected outwards.

“A high concentration of particles that are also different sizes gives the paint the broadest spectral scattering, which contributes to the highest reflectance,” said Joseph Peoples, a Purdue Ph.D. student in mechanical engineering.

Though the researchers say they could add an even higher concentration of the compound, they say that adding too much may cause the paint to break or peel off of walls.

Their current formula is so reflective, they believe it to be the closest equivalent to “Vantablack,” a material made from carbon nanotubes that is so dark, it absorbs 99.9% of visible light.

In an outdoor demonstration of their paint’s cooling ability, the researchers used high-accuracy temperature reading equipment called thermocouples to show that it can keep surfaces 19 degrees Fahrenheit (7 degrees Celsius) cooler than their ambient surroundings at night.

Under strong sunlight, meanwhile, the paint can cool surfaces 8 degrees Fahrenheit (13 degrees Celsius) below its surroundings. The researchers also say their paint should be sturdy enough to handle outdoor conditions, though more tests are needed.

The paint employs a process called radiative cooling in which an object loses heat via thermal radiation, even in direct sunlight. It isn’t the only technology currently being developed to harness the process — last year, Stanford University researchers announced they were developing “anti-solar panels” that used radiative cooling to harvest energy at nighttime.

Another development by a global group of researchers sees “cold tubes” cool down indoor spaces via radiative cooling, reducing the need for air conditioning systems, and allowing users to keep their windows open on hot summer days.

Though more work is needed, the Purdue University ultra-white paint has the potential to greatly reduce our reliance on air conditioning systems. This would be a great boon in the fight against climate change, as A/C units are estimated to spew millions of tons of CO2 worldwide daily. The IEA estimates that without stringent policy intervention, energy demand from air conditioners will triple by 2050 — an untenable situation, if we are to hit the breaks on the ongoing climate crisis.