New Nanoscale Material Can Harvest Hydrogen Fuel From the Sea 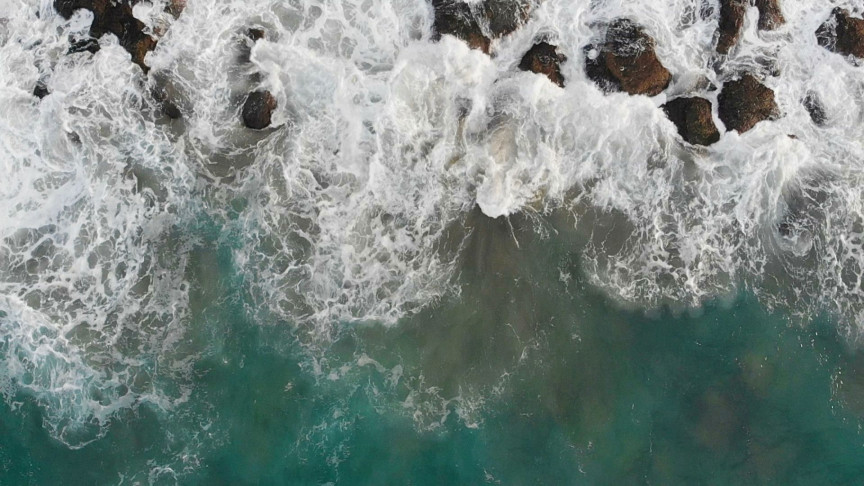 Researchers at the University of Central Florida (UCF) designed the world’s first nanoscale material capable of efficiently splitting seawater into oxygen and green hydrogen, which can be used as a fuel, a press release explains.

The development is another step towards improving our capacity for harvesting hydrogen fuel in a bid to fight climate change by reducing our reliance on fossil fuels.

The researchers detailed their long-lasting nanoscale material for electrolysis — the process of separating water into hydrogen and oxygen — in the journal Advanced Materials. According to study co-author Yang Yang, the new material “will open a new window for efficiently producing clean hydrogen fuel from seawater.” There has been great debate in recent times over the feasibility of hydrogen fuel for helping to combat hydrogen fuel. Though Tesla and SpaceX CEO recently called the idea of hydrogen cars “mind-bogglingly stupid,” companies such as Toyota and BMW have shown their support for the technology and are developing hydrogen fuel cell vehicles.

For their nanoscale material, the UCF researchers devised a thin-film material featuring nanostructures on its surface. In their study, the scientists explain that the material is made of nickel selenide with added, or “doped,” iron and phosphor. “The seawater electrolysis performance achieved by the dual-doped film far surpasses those of the most recently reported, state-of-the-art electrolysis catalysts and meets the demanding requirements needed for practical application in the industries,” Yang explained.

They say that not only is their material effective at catalyzing the electrolysis process, it also shows the stability and high performance required to use the material at an industrial scale — they tested their material for over 200 hours and said it retained high performance and stability throughout the tests. Earlier this month, French firm Lhyfe announced it was commencing tests on the world’s first offshore green hydrogen plant, which will make use of the abundant surrounding water source and a nearby wind turbine.

Though there is still debate over the use of hydrogen fuel as opposed to electricity, we will be much better off in a world where hydrogen and electricity compete with each other, instead of with the current supremacy of the internal combustion engine.