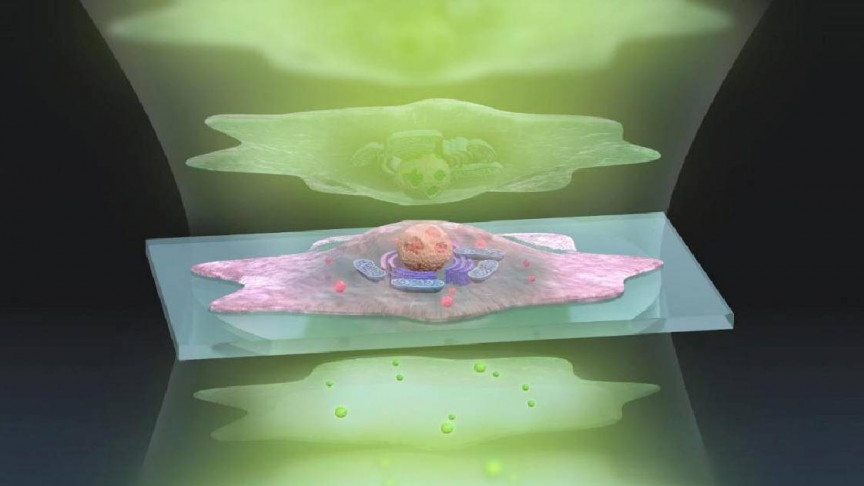 In order to efficiently see inside translucent living cells, microscope cameras must detect differences in the light passing through parts of the cell known as the phase of the light. The amount of light phase difference that camera image sensors can detect is referred to as the dynamic range and it is this difference that limits today’s sensors.

“To see greater detail using the same image sensor, we must expand the dynamic range so that we can detect smaller phase changes of light,” said in a statement Associate Professor Takuro Ideguchi from the University of Tokyo Institute for Photon Science and Technology.

“Our ADRIFT-QPI method needs no special laser, no special microscope or image sensors; we can use live cells, we don’t need any stains or fluorescence, and there is very little chance of phototoxicity.”

Quantitative phase imaging works by sending a pulse of light towards the cell. The system then measures the phase shift of the light waves after they pass through the cell and computer analysis reconstructs an image out of the findings.

ADRIFT-QPI takes this method one step further by taking two exposures to produces a final image. The first consists of quantitative phase imaging but the second reveals tiny light phase differences that were previously overshadowed by larger differences.

The method allows experts to see tiny particles in the context of the whole living cell.

“For example, small signals from nanoscale particles like viruses or particles moving around inside and outside a cell could be detected, which allows for simultaneous observation of their behavior and the cell’s state,” said Ideguchi.