New Method Could Make Charging EV’s While Driving a Reality 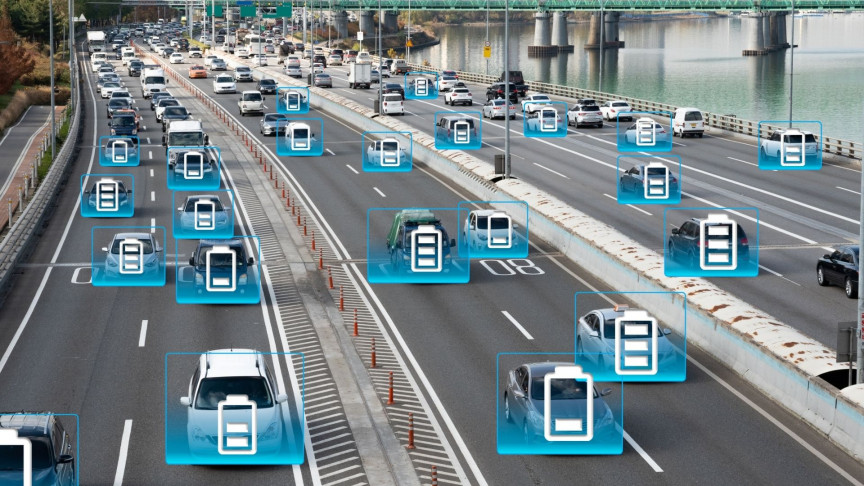 The new approach, which takes cues from NASA’s methods for sending data through deep space, could revolutionize EV infrastructures by enabling electric vehicles and autonomous factory machines to charge while driving.

The concept of wireless charging dates back to the 1890s when Nikola Tesla bedazzled audiences by using alternating electric fields to light up unplugged fluorescent lamps. Since then, the concept has shown promise for charging vehicles wirelessly — Sweden is currently working on a localized project — but is yet to take off.

The concept that has so far gained the most traction uses alternating magnetic fields generated using existing electric currents along a road.

The main problem with this method is that magnetic fields are unwieldy and they must be controlled to stop them from harming passengers or heating up reinforcement bars on the road.

Meanwhile, Ferrite, the material used to guide fields, is brittle, expensive, and loses a lot of energy when magnetic fields are changing quickly.

Khurram Afridi, associate professor of electrical and computer engineering in the College of Engineering at Cornell University, devised a solution to these problems inspired by space communications.

“Wireless power transfer is based on the same underlying physics used to send messages through radio waves to spacecraft in deep space, things like Voyager,” Afridi said. “Except now we are sending much more energy across much shorter distances, to moving vehicles.”

At the end of Afridi’s sophomore year at the California Institute of Technology, he worked with NASA’s Jet Propulsion Laboratory as part of the team designing the 8 and 32-GHz transmitter of the SURFSAT 1 satellite in 1995, a precursor to the space agencies groundbreaking Cassini satellite project. Later at MIT, Afridi switched to studying power electronics, which operate at much lower frequencies while handling higher power levels.

For his new method, Afridi has essentially adapted Nikola Tesla’s original wireless power showcase, using a much higher frequency as well as power.

Alongside his team, Afridi designed a system that uses two insulated metal plates that are placed on the ground and are connected to a power line through a matching network and a high-frequency inverter.

These create oscillating electric fields that attract and repel charges in metal plates attached to the underside of the moving vehicles. A high-frequency current is driven, and rectified, through a circuit on the vehicle, where it charges the vehicle’s battery.

As electric fields generated by readily accessible voltages are weak, Afridi and his team boosted the voltage for their system and operated it at very high frequencies to achieve higher power transfer.

Their system does not require materials such as ferrite and it can operate at much higher frequencies. It is also smaller, lighter, and easier to embed in roadways, making it a more viable option than the magnetic field concept.

For their method, Afridi and his team envision drivers changing lanes to a lane specially designated for charging.

Of course, Afridi and his team’s work is very much in the concept stage, and widely adopted wireless charging roadways are by no means a given. Another recent roadway infrastructure proposal, the solar panel road, looks like a massive engineering failure — for now at least — with several large solar roadway projects failing to meet their stated goals.

Afridi claims that the new wireless charging method could be tested on high traffic roads first or in select roads in cities before being employed at a larger scale.

If their project delivers on its promise, it could be used to help power the autonomous vehicles of the future around the clock, including self-driving delivery trucks and warehouse machines. The system would also help countries tackle climate change by greatly increasing the efficiency, and therefore uptake, of electric vehicles worldwide.