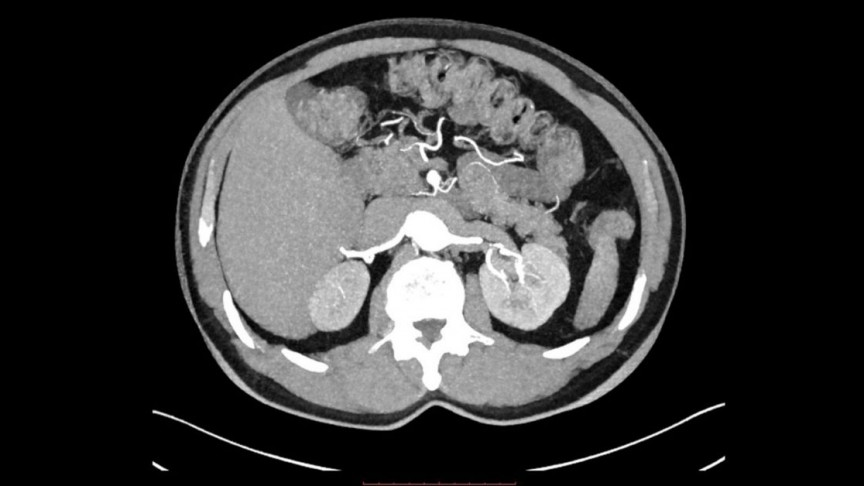 Detecting tumors early is essential when it comes to avoiding irrevocable damage to blood vessels and human tissue. However, such detection often requires advanced imaging technology that isn’t widely accessible.

Some tumors are covered by a mucosal layer, making it difficult for scientists to observe them using standard methods such as endoscopy or reach them during biopsies.

In order to improve GIST diagnosis, a group from the Tokyo University of Science (TUS) and the National Cancer Center Hospital East in Japan developed a technology that utilizes near-infrared hyperspectral imaging (NIR-HSI) as well as machine learning. Their findings are detailed in Nature’s Scientific Reports.

“This technique is a bit like X-rays, the idea is that you use electromagnetic radiation that can pass through the body to generate images of structures inside,” Dr. Takemura, the study lead, explains in a press release.

“The difference is that X-rays are at 0.01-10 nm, but near-infrared is at around 800-2500 nm. At that wavelength, near-infrared radiation makes tissues seem transparent in images. And these wavelengths are less harmful to the patient than even visible rays,” he continues.

Dr. Takemura’s team performed imaging experiments on 12 patients with confirmed cases of GIST, who had their tumors removed via surgery.

The team imaged the excised tissues using NIR-HSI before having a pathologist examine the images and tag the normal and tumor tissue. The images were then used as training data for a machine-learning algorithm.

The experiments showed that even though 10 out of the 12 test tumors were completely or partly covered by a mucosal layer, the machine-learning analysis was able to effectively identify GISTs, and was able to correctly color-code tumor and non-tumor sections with an accuracy of 86 percent.

“This is a very exciting development,” Dr. Takemura explains, “Being able to accurately, quickly, and non-invasively diagnose different types of submucosal tumors without biopsies, a procedure that requires surgery, is much easier on both the patient and the physicians.”

Though the research is still in its early stages, the team says it is the first, important step towards groundbreaking research into detecting and treating tumors. The researchers hope that an accurate, non-invasive form of detecting GISTs early on will be widely available in the not too distant future.