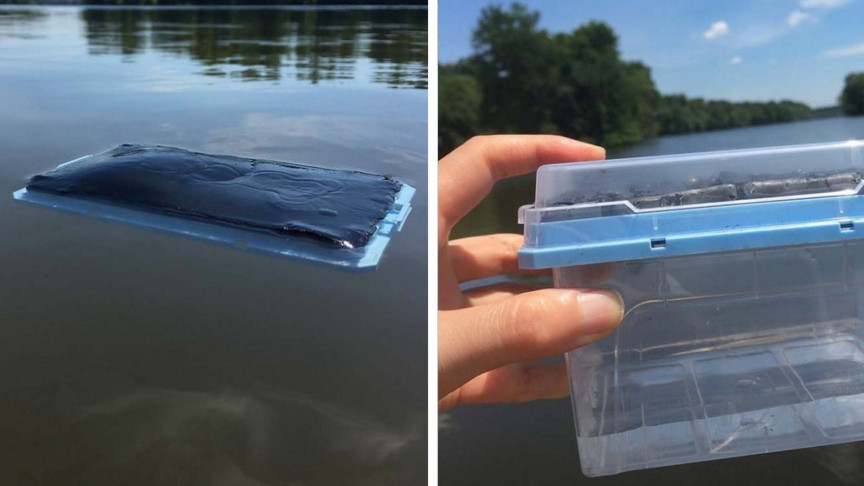 A new invention from Princeton University uses sunlight to power a water purification process inspired by the pufferfish’s ability to absorb water.

“To me, the most exciting thing about this work is it can operate completely off-grid, at both large and small scales,” the device’s co-creator Rodney Priestley explained in a press release.

“It could also work in the developed world at sites where low-cost, non-powered water purification is needed,” Priestley continued.

The new device greatly resembles a large sponge, though it soaks up water while leaving contaminants behind. In order to collect the purified water from the sponge, a user only has to place it in sunlight.

The gel could be placed in a water source in the evening and then placed in the sunlight during the day to release the water, the researchers said.

The researchers drew inspiration from the pufferfish, which takes in water to swell its body when threatened, before releasing it once the danger is gone, Priestley explained.

The hydrogel material at the heart of the device was developed with the help of Xiaohui Xy, a Princeton presidential postdoctoral research fellow in the Department of Chemical and Biological Engineering and co-inventor.

“Sunlight is free,” Xu said, “and the materials to make this device are low-cost and non-toxic, so this is a cost-effective and environmentally friendly way to generate pure water.”

In their paper, the authors note that their technology displays the highest passive solar water-purification rate of any competing technology.

The gel used in the device is able to purify water with petroleum and other oils, heavy metals such as lead, and pathogens such as yeast.

In their research, the team behind the device showed that the gel maintains its ability to filter water for at least ten cycles of soaking and discharge with no detectable reduction in performance.

As most other solar-powered purification methods use sunlight to evaporate water, they take considerably longer than the time it takes for the gel to absorb and release water.

The hydrogel works due to its changing properties in different temperatures. The gel’s highly porous honeycomb-like structure consists of long chains of repeating molecules that are cross-linked to form a mesh. These consist of hydrophilic regions as well as water-repelling hydrophobic regions.

In other words, at room temperature, the gel can acts as a sponge, soaking up water. When it reaches a heat of 33 degrees Celsius (91 degrees Fahrenheit), however, the gel starts to push water out of its pores.

The gel sits inside two other layers that prevent contaminants from reaching the inner gel. A dark-colored material called polydopamine is used in the middle layer to transform sunlight into heat, even if the temperature outdoors isn’t very warm.

The device’s external layer is a filtering layer of alginate, which blocks pathogens and other materials from entering the gel.

The team behind the device and process are now exploring ways to make the technology widely available so that it can join a growing initiative to benefit society as a whole and change the lives of people living in communities with scarce drinkable water.