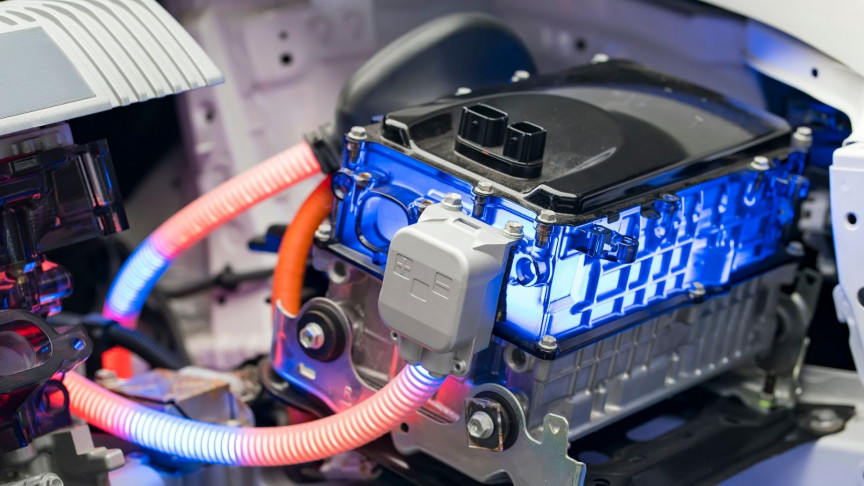 You’ve inevitably heard of lithium-ion batteries, which power most of our portable electronics, and, of course, electric vehicles. They’ve undoubtedly revolutionized the way we live, but they also have some shortcomings, including short-circuiting and relatively short ranges for EVs.

Researchers have been working hard to find better, longer-lasting battery solutions that don’t weigh a ton or cost an arm and a leg. Now, a team of scientists in Germany may have found the holy grail: a lithium-metal battery that reaches an incredibly high energy density of 560-Wh/kg with great stability.

In the past, lithium-metal batteries have been extremely unstable and even exploded, making them far too dangerous to push out to the commercial world. But with the new advances uncovered by researchers at the Helmholtz Institute Ulm (HIU) of Karlsruhe Institute of Technology (KIT), they could last far longer and be much safer.

The team published its findings in the journal Joule.

The new battery uses a combination of cobalt-poor, nickel-rich layered cathode (NCM88) and a commercially available organic LP30 electrolyte, which, when working together, enable storage of high energy per mass and a largely stable capacity over many cycles, per the researchers.

And the results are remarkable. Its energy density is above the 500-Wh/kg typical threshold that’s used to power next-gen EVs, and well above the regular 250-300-Wh/kg energy density that lithium-ion batteries provide, as New Atlas pointed out.

Moreover, the team explained that its new lithium-metal battery retained 88 percent of its initial storage capacity after 1,000 cycles. And its average Coulombic efficiency — the ratio between its discharge and charge capacity — sits at 99.94 percent.

More research and adaptation need to happen before this battery is viable in the real world, but it’s a fantastic step forward

This news, alongside the recent discovery made by Harvard University researchers who shared the news of their stable, solid-state, lithium-metal battery in May 2021 in the journal Nature, only goes to show the leaps and bounds we’re making towards improved battery life, weight, and storage.