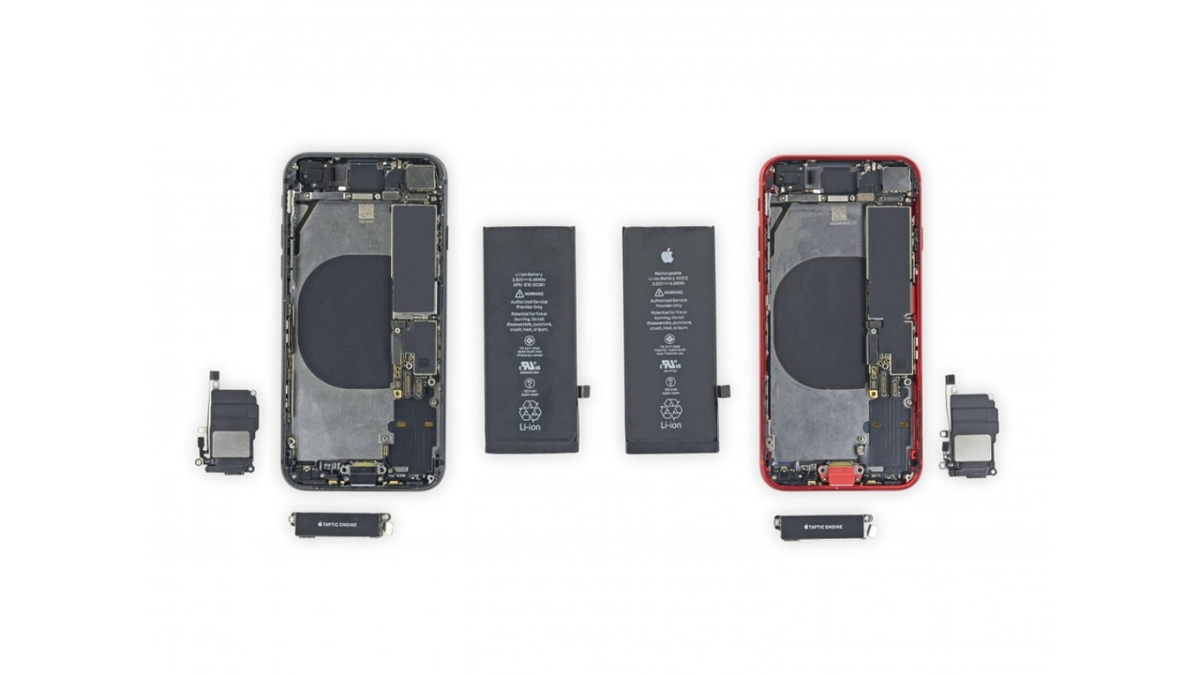 You can tell they’re identical on the outside, but it turns out Apple’s new iPhone SE and the now-defunct iPhone 8 are also similar inside.

iFixit examined both to discover that some parts can transfer between these iPhone models. Apple introduced the iPhone SE earlier this month, and yet it still works with the cameras, display assembly, SIM tray, and Haptic Engine found in the iPhone 8, which debuted in 2017. So that might explain how Apple achieved the $399 starting price. It cut some corners with an existing design and readily-available parts while inserting an upgraded A13 Bionic chip to boost overall performance.

Of course, there are some catches. iFixit notes that, if replacing the LCD panel and related parts, True Tone won’t return unless a screen programmer resets the technology. Similarly, Apple’s physical home buttons are not interchangeable. You can choose an aftermarket unit, but that loses Touch ID. Apple and its authorized service providers can replace a home button and restore Touch ID, though.

Apple also tweaked the iPhone SE’s battery. It looks identical to what’s inside the iPhone 8, but the new battery’s logic board connector isn’t the same.

In the end, the limited parts that can transfer from an iPhone 8 to an iPhone SE serve as a win for consumers and repair shops. Plenty of guides can instruct you how to take apart and repair an iPhone, and the existing iPhone 8 parts compatible with an iPhone SE mean you’re acquiring them for less money. Still, it’s always best to go through Apple or an authorized service provider to get a repair done right.

iFixit will release a teardown of the new iPhone SE soon, and that’ll indicate how easy or difficult it is to repair Apple’s latest iPhone model. When it opened up the iPhone 8 a few years ago, iFixit dished out a 6 out of 10 repairability score. Apple’s original iPhone SE earned the same rating in 2016. Since there aren’t dramatic differences between the new iPhone SE and the discontinued iPhone 8, it would surprise if iFixit hands out a 6 out of 10 repairability score once again.