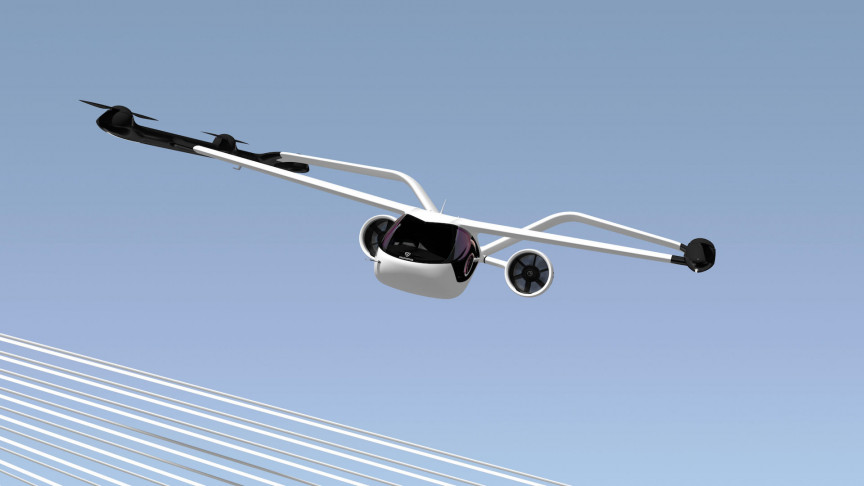 The VoloConnect is a four-seater aircraft with a range of 62 miles (approx. 100km), making it especially suited to “connect suburbs to cities” and complement “the company’s existing family of aircraft for the intra-city mission,” the company said in its statement.

Volocopter explained that the VoloConnect aircraft’s hybrid lift and push design is expected to be certified within the next 5 years.

That means, the service will likely reach the public a little later than its VoloCity service, which is expected to start in Singapore and Paris “within two years,” the company explained in a recent announcement — it had raised €200 million in a Series D funding round. The VoloCity aircraft has a much shorter range of 22 miles (35 km) and is designed for intracity transport.

The VoloConnect aircraft’s hybrid design combines features of a typical drone-like eVTOL aircraft with a fixed-wing, making it more closely resemble an aircraft than most air taxi designs.

Six propellers account for the lift part of the company’s lift and push design. These turn off when the aircraft reaches the required height and two large propulsive fans on either side of the aircraft then provide the push, propelling the VoloConnect craft towards or away from the city.

Air taxi startups are racing to be the first to launch their services, which aim to provide safe, fast travel using eVTOL technology. Another German firm, Lilium, recently announced a streamlined 150-mile (240 km) range aircraft design, with the company’s CEO stating they wanted to fix the world’s “broken transport infrastructure.”

Last year, Uber and Hyundai also announced a partnership to build a flying taxi that will reach a cruising speed of 180 mph (290 km/h).

It looks like Volocopter may well be the first to reach that historic milestone, with its plans to launch the service within the next two years. In order to do so, it will first need to achieve aviation safety certification in the European Union and Singapore.

Though the VoloConnect, which will expand the company’s reach, will come a little later, the company explained that it is already flying scaled prototypes of the aircraft, with full-scale prototype flight tests coming soon.