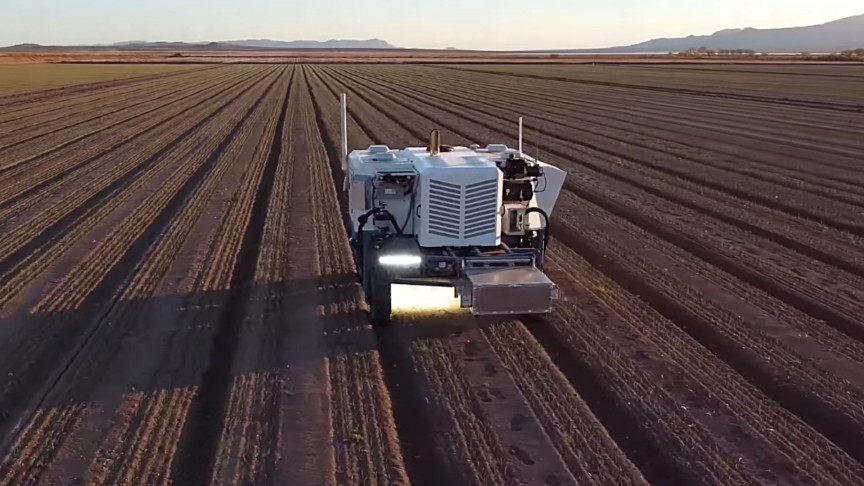 Robots! Whether you love them or fear them, you can’t deny they are pretty useful. One such robot is the autonomous weeder by Carbon Robotics.

According to its website page, the robot ” leverages robotics, artificial intelligence (AI), and laser technology to safely and effectively drive through crop fields to identify, target and eliminate weeds.”

“Unlike other weeding technologies, the robots utilize high-power lasers to eradicate weeds through thermal energy, without disturbing the soil. The automated robots allow farmers to use fewer herbicides and reduce labor to remove unwanted plants while improving the reliability and predictability of costs, crop yield, and more.”

How exactly does it work?

Weeds steal sunlight and soil from plants and make it easier for insect pests to harm crops. Normally, the weeds are pulled out by hand but it’s getting increasingly harder to find people willing to do that job.

Here comes the autonomous weeder. It heads down gracefully on farmers’ rows and uses 12 cameras to capture the soil beneath it. Then, a computer uses artificial intelligence (AI) to identify the dangerous weeds.

Once spotted the autonomous weeder proceeds to kill them using carbon dioxide lasers. Not bad for a robot!

The robot is so efficient that it can remove more than 100,000 weeds per hour and weed 15 to 20 acres of crops in one day. This task would take laborers weeks to achieve as they average about one acre a day.

What’s the catch? The robot is pretty pricey. We don’t have exact numbers yet but Carbon Robotics’ CEO Paul Mikesell told the Seattle Times it costs “hundreds of thousands of dollars.”

However, if you add the costs of laborers over time the robot could pay for itself in two to three years. Maybe that’s why it’s proving such a popular item. “We have more requests for machines than we can fulfill,” Mikesell added.