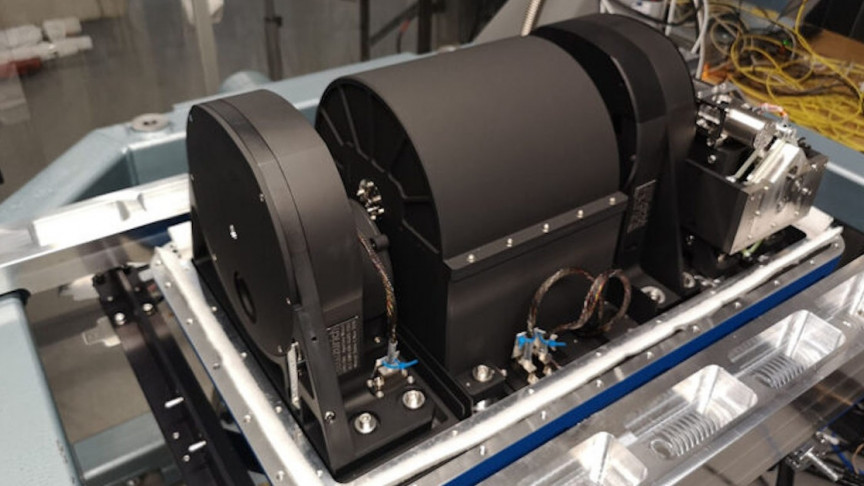 A powerful, luggage-sized camera system has been developed to enable astronomers to take high-contrasting images of exoplanets — planets orbiting stars outside our solar system. These planets are huge, bigger than Jupiter — the biggest planet in our solar system.

NIX, as the camera system is called, has infrared and cryogenic capabilities, which will enable it to capture the most high-contrast imagery of such planets to date.

NIX has been built at the Science and Technology Facilities Council’s (STFC) UK Astronomy Technology Centre (UK ATC) in Edinburgh, Scotland. It’s now been provisionally accepted by the Max Planck Institute for Extraterrestrial Physics (MPE) in Germany, where all the different parts of the Enhanced Resolution Imager and Spectrograph (ERIS) are being put together. NIX is the imager “I” in ERIS.

NIX works at extremely cold temperatures of around -328 degrees Fahrenheit (-200 degrees Celcius), to mitigate thermal radiation. On top of that, in order to block out the glare from the exoplanets’ nearby stars, the camera system has different optical elements and mirrors, including baffles and anti-reflective coatings, which enable it to photograph these young planets.

What’s all the more impressive about this new camera system is that all of its components have been designed and configured almost in a miniature state — so as to fit into an incredibly small space roughly the size of hand luggage. This allows NIX to be ultra-precise and ultra-stable in such low temperatures.

Once put together, NIX will be sent to be a part of one of the world’s most advanced optical telescopes: the European Southern Observatory’s Very Large Telescope, at the Paranal Observatory in Chile, and put to use as early as 2022.

From there, NIX will use its state-of-the-art technology to capture images of exoplanets.