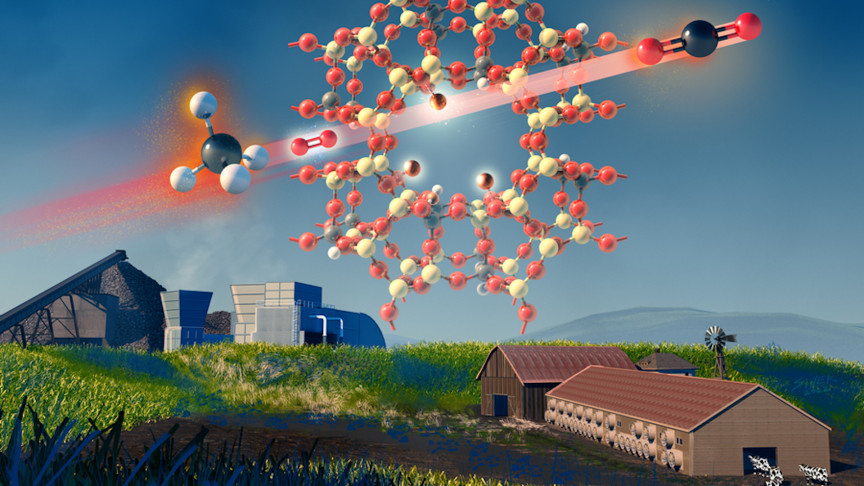 Methane’s effect on our environment is often overlooked and extraction of the greenhouse gas from our atmosphere could be key in the fight against climate change.

A team of MIT researchers developed a new method for extracting methane from the air using an affordable, common type of clay typically used for cat litter, a report from New Atlas reveals.

Though carbon dioxide is often cited as the main culprit when it comes to climate change, methane is actually a more potent greenhouse gas that starts to have a pronounced effect on the environment within two decades of being released. In the first two decades, it is 81 times more effective at trapping heat in the atmosphere than carbon dioxide.

That’s why the recent climate negotiations in Glasgow identified the curbing and extraction of methane as a priority. With that in mind, MIT scientists developed a new method for extracting methane, even at very low concentrations, from the atmosphere. The team used zeolite clays, which are known for their porous, absorbent properties and are often used in cat litter. In a new paper published in the journal ACS Environment Au, they explain how they treated the zeolite with copper and found that this made it very effective at extracting methane from the surrounding air.

Carbon and methane removal could work hand in hand

In lab tests, the researchers found that the copper-treated zeolite could capture and convert 100 percent of the methane in a test tube heated up to 590°F (310°C). There is one rather big catch though, which is that the methane is converted into carbon dioxide. Still, the researchers say that by converting half of the methane in the atmosphere into CO2, they would only add approximately 0.2 percent to today’s atmospheric CO2 content and they would provide a 16 percent reduction in radiative warming.

Carbon dioxide extraction methods are in development as well, meaning that turning methane into extractable carbon dioxide in the future might be a viable option. In Scotland, for example, a new carbon removal facility will capture one million tons of CO2 per year, the equivalent of 40 million trees.

The MIT team believes their methane extraction solution can be easily implemented into existing air circulation systems and that dairy barns and coal mines would be a good start. However, in order to scale the technology, the researchers must conduct further tests to see how it would work under field conditions. To do so, they have been awarded a $2 million grant from the U.S. Department of Energy to further develop the technology.