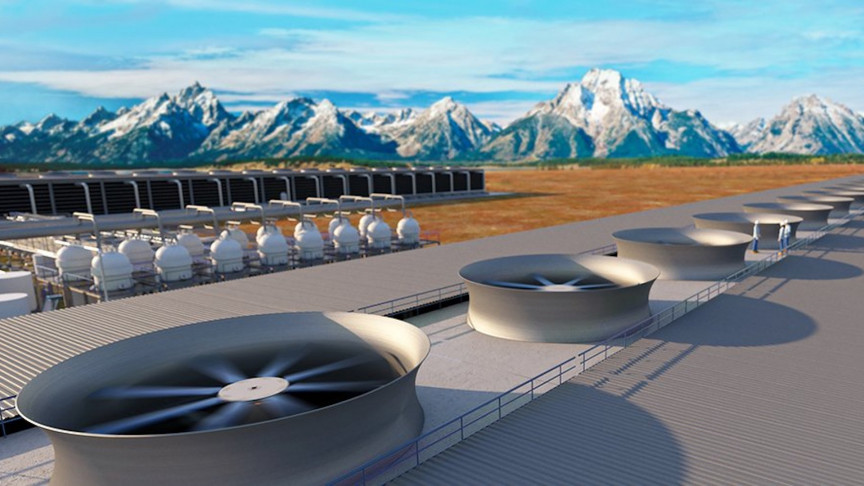 Carbon capture technologies have great potential for helping in the fight against climate change, and big names such as Bill Gates and Elon Musk are showing their faith in the technology by investing in new solutions.

Now, the world looks set for a breakthrough moment in carbon capture technologies, with a new facility set to open in Scotland that will remove up to one million tons of carbon from the air each year, a press statement reveals.

The facility, which will be the largest in the world, will extract the equivalent carbon (one million tons) that would be absorbed by 40 million trees over the course of a year. All of the absorbed carbon will then be deposited in storage sites under the sea.

With our partner Storegga, we’re pleased to share that engineering has begun on UK’s first large-scale #DirectAirCapture plant. Targeted for NE Scotland, it will permanently remove between 500k and 1M tonnes of CO2 from the atmosphere annually. Details: https://t.co/oZX8clE5tu pic.twitter.com/FALiwp7IP8

The facility will feature large fans that pull air into a liquid-filled vat that binds the carbon dioxide. Once bound, the captured carbon is refined and transformed into calcium carbonate pellets.

These pellets, in turn, are heated and decompose into a CO2 stream alongside calcium oxide. This stream is then cleaned of impurities, after which it is pumped into an undersea storage site.

The new facility joins a host of other carbon capture technology innovations aimed at meeting the requirement of reducing the amount of CO2 in the atmosphere if we are to reverse the adverse effects of climate change.

As the Union of Concerned Scientists (UCS) points out on its website, “to reach net-zero emissions, we need to do more than just reduce our emissions: we need to actively remove carbon dioxide from the atmosphere or offset its effects.”

While the Scottish facility from Storegga Geotechnologies and Carbon Engineering will mainly be aimed at removing carbon dioxide from the atmosphere, both firms do say they want to eventually sell carbon dioxide collected from their plants.

The two companies are currently seeking a site location for their new facility in the country of Scotland, which was chosen due to the fact that a large number of its labor force is already trained in the skills needed for such projects — renewable energy met over 97 percent of the country’s energy demands in 2020.

In their statement, Carbon Engineering says both partners aim for the facility to be operational by 2026.