New Beer Vending Machine Might Be the Future of Bars 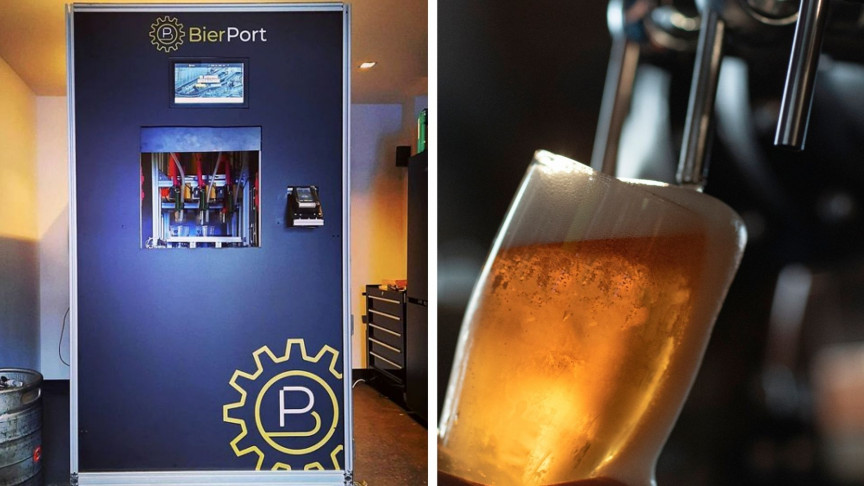 A team of three students came up with the idea of creating a beer vending machine that pours the perfect pint in just seven seconds.

The Bierport, as it’s called, started off as a joke between three Eindhoven University of Technology students in the Netherlands, and quickly became a reality.

The hope is to use it at large events such as football matches or music festivals, to minimize queues at bars, ease bartenders’ work, as well as the waiting time for event-goers.

We’ve all seen and used vending machines that dispense coffee or little packets of snacks. The Bierport works much in the same way, dispensing cold brews quickly and easily.

Bartenders could either rejoice at the thought of having smaller queues at such events or boo in unison as their jobs may be on the line. However, Bierport’s creators stress that the need for bartenders will still be present, as the kegs and plastic cups still have to be refilled when necessary.

On top of that, people will have to remain at hand in case any of the machines experience a mechanical hiccup and to ensure that buyers are displaying their real IDs when buying their beverage.

To create the machines, the team made sure the equipment was manufacturable, and used existing technologies, combining both to achieve the best result.

The team is already receiving a decent number of interested parties, such as football clubs, and breweries to join its venture.

This type of invention may come in especially handy in a post-coronavirus world, especially when events will most likely have to be carefully monitored and focus on keeping people spread out at safe distances. Such machines would distance people, minimize long and tight queues at bars, and could prove useful for such events.

The team has already tried its first prototype and is now waiting to fully test it. The students also already have a company that will manufacture their machines on a large scale, so it’s at-the-ready to forge ahead very soon.

And once everything is off the ground and running, Davey Lindhout, one of the three inventors, explains their future focus, “We would think it would be cool to serve not just beer but other drinks this way in the future.”

“Then a tray with one wine, two soft drinks, and three beers would simply come out of the machine. Thanks to the QR code, the system remembers your order and can prepare it immediately if you ask for it.”