New Airborne Microchips Are the Tiniest Structures to Take Flight 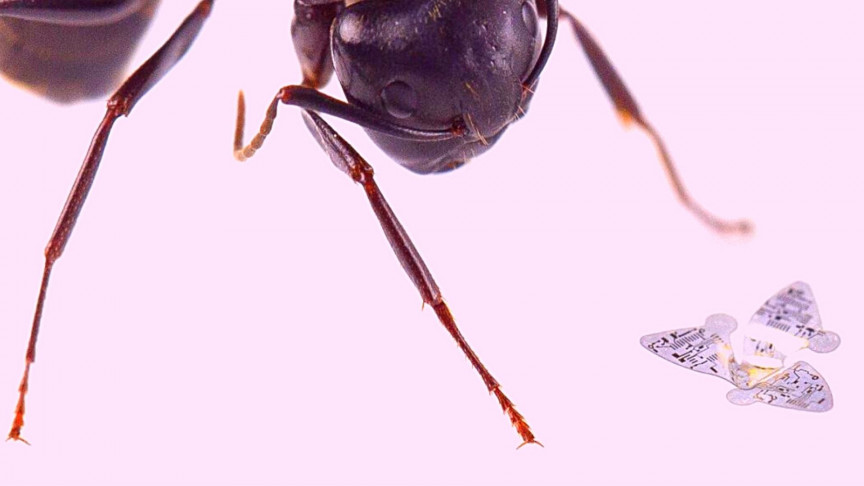 A group of engineers has given tiny microchips the ability to fly through the air, according to a recent study published in the journal Nature.

And these sand-sized machines may soon fly through your local skies.

The new devices’ design takes inspiration from wind-dispersed seeds, and are shaped like extremely small propellers capable of catching the wind. Crucially, these could be the smallest flying structures ever forged by humans. Naturally, electronic devices have continued to shrink in size as our ability to condense technology improves, with modern systems reaching the sub-millimeter level and enabling the development of portable consumer electronics, broad environmental monitoring systems, and even advanced body implants. But sending these tiny sensors to study subtle changes in the environment could prove difficult. Earlier studies have worked to curate systems capable of deploying from small drones, or even insects. But the latest ongoing work takes a unique approach.

Examining the way plant seeds like those of the maple tree move out, the Northwestern team noticed that they’re shaped like miniature propellers. This enables them to avoid dropping straight down, and instead catch a gust of wind, spreading the seeds much farther than a straight drop would ever take them. Reflecting on this capability, the researchers designed their little devices to possess similar aerodynamics, which was analyzed and reproduced with computer modeling. This enabled the researchers to build a larger dataset of seed flight, from which the best aerodynamic approaches could be extracted and applied in their engineering procedure. The final product was a microflier composed of electronic parts clustered at the center of three tiny wings, all of which are gathered on a nearly imperceptibly small rubber substrate. This design provided the device with a low center of gravity, with the electronics closer to the center, and the wings free to interact with the air, and achieve flight. At less than 1-mm wide, the Northwestern team says these devices are the smallest flying structures ever created by humans.

“Our goal was to add winged flight to small-scale electronic systems, with the idea that these capabilities would allow us to distribute highly functional, miniaturized electronic devices to sense the environment for contamination monitoring, population surveillance or disease tracking,” said Lead Author John Rogers of the study, in a blog post from the university. The team also executed tests that saw sensors, memory, an antenna, and a power source installed on the microflier. To explore the wide spectrum of activities in which these tiny devices can participate, the team fitted them with disparate kits, to vary their sensor outfits and enable the detection of minute particulates in the air, sun exposure, and even the pH balance in bodies of water.

These tiny devices can even be dropped from aircraft or large buildings to be dispersed over an incredibly wide area, according to the researchers. And, once all assigned tasks are complete, the microfliers will disintegrate into the environment, since they’re constructed of degradable polymers, and other eco-friendly materials. “We fabricate such physically transient electronics systems using degradable polymers, compostable conductors and dissolvable integrated circuit chips that naturally vanish into environmentally benign end products when exposed to water,” explained Rogers, in the university blog post. “We recognize that recovery of large collections of microfliers might be difficult. To address this concern, these environmentally resorbable versions dissolve naturally and harmlessly.” This is an early-stage development, but in the coming decade, and perhaps in conjunction with swarm technology, these tiny flying microchips could carry out highly sophisticated tasks without appearing as anything more than a passing cloud of mechanical dust.