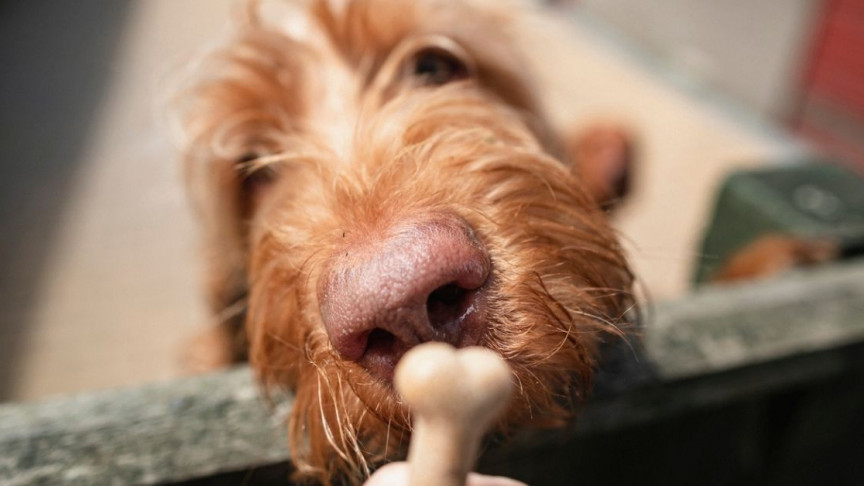 Dogs are man’s best friends but they might not always be very obedient or training them might take a very long time. So, how do you train dogs to listen to commands?

“If a dog responds to a command by adopting the correct posture, the machine dispenses it a treat,” stated NVIDIA’s press release. In order to train the system to identify the postures, the researchers used the Stanford Dogs datasets that had more than 20,000 images of different dog positions.

After writing a program to help quickly label them, they proceeded to test their new model on Henry, Cavey’s Australian Shepherd. “They achieved model accuracy in tests of up to 92 percent and an ability to make split-second inference at nearly 40 frames per second,” stated NVIDIA’s release.

The researchers even provided a short video (embedded below) where you can see Henry obeying a command and receiving a treat. According to the researchers, their new machine was powered by the NVIDIA Jetson Nano.

“We looked at Raspberry Pi and Coral but neither was adequate, and the choice was obvious for us to use Jetson Nano,” said Cavey.

The researchers further emphasized that it was crucial to engineer a trustworthy and ethical component of the AI system both for trainers and general users. Without such a step, it would be impossible to explain their methodology should it come into question.

“We can explain what our model is doing, and that might be helpful to certain stakeholders — otherwise how can you back up what your model is really learning?” said Cavey.

The study is published in Arxiv.org.