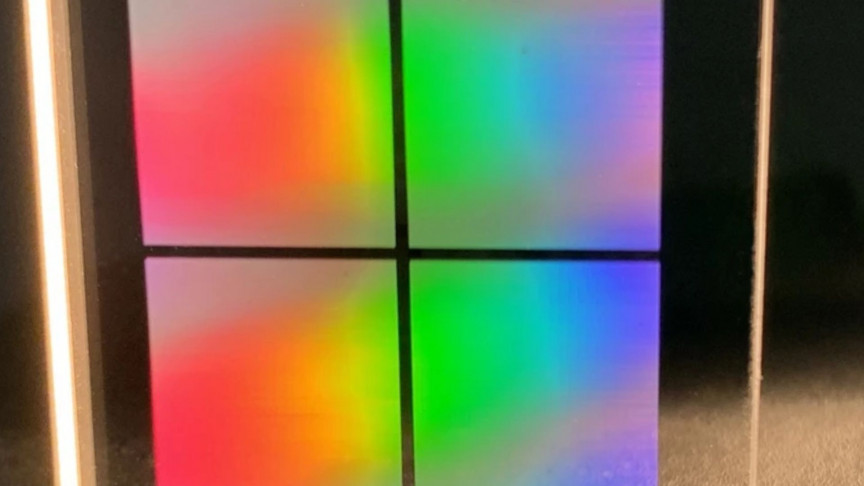 Could physical data make a comeback in a world that’s increasingly reliant on the cloud? Researchers from the University of Southampton in the United Kingdom achieved a breakthrough with a new type of data storage that marries incredible storage density with a capacity for long-term archiving, a report from New Atlas explains.

The team of scientists was able to store 500 terabytes of data on a single CD-sized disc, or 500,000 gigabytes. They say their new technology could be used to store the data of entire libraries as well as that of a person’s DNA.

The University of Southampton team has been working on the technology, called five-dimensional (5)D optical storage, for several years, having first unveiled it to the world in 2013 in the form of a 300-kb text file. The technology uses a femtosecond laser — which emits short, powerful bursts of light — to write the data in tiny nanoscale structures on glass. Since 2013, the scientists have demonstrated the scalability of 5D storage by saving digital copies of documents such as the King James Bible and the Magna Carta.

Reducing our reliance on the cloud

The scientists their new storage method can help meet the growing demand for long-term storage solutions in our increasingly digital world. “Individuals and organizations are generating ever-larger datasets, creating the desperate need for more efficient forms of data storage with a high capacity, low energy consumption, and long lifetime,” Yuhao Lei from the University of Southampton explains in a press statement. “While cloud-based systems are designed more for temporary data, we believe that 5D data storage in glass could be useful for longer-term data storage for national archives, museums, libraries or private organizations.”

The latest development from the team is called near-field enhancement. This allows them to create the nanostructures with weaker light pulses, meaning data is written at a faster rate of 1,000,000 voxels, or 230 kb, per second. “This new approach improves the data writing speed to a practical level, so we can write tens of gigabytes of data in a reasonable time,” Lei says. “The highly localized, precision nanostructures enable a higher data capacity because more voxels can be written in a unit volume. In addition, using pulsed light reduces the energy needed for writing.”

The researchers demonstrated near-field enhancement by writing 5 GB of text data onto a CD-sized disc made out of silica glass. They say the disc is capable of holding 500 TB of data in total. In the future, the University of Southampton’s new technology could help physical data storage make a comeback, seeing as vast amounts of data can, in practice, be stored on small glass discs with the added benefit that users won’t lose their data if and when servers are taken down.