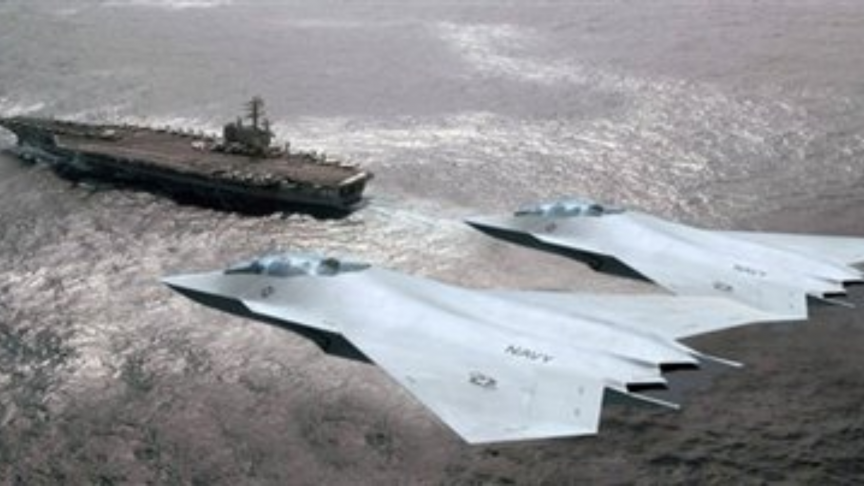 As the U.S. finds itself in a new strategic environment where it has to counter the rising influence of China, along with its old adversary, Russia, the U.S. Navy has released a vision document for the early part of the next decade, superseding its vision for 2025. Among its priorities is the next-generation fighter aircraft dubbed F/A-XX that is expected to replace the aging fleet of its Super Hornet.

The need for a next-generation fighter aircraft was first identified in 2008, and we have seen renderings from different defense contractors in the past. It is also expected that the Navy will procure F-35s to share the workload. As the F/A-18 Super Hornet is scheduled to retire from the beginning of the 2030s, the timing is right to start discussions on the nitty-gritty of a new aircraft.

As the document states, the strike capabilities of the Navy’s Carrier Air Wing will compose of the F-35C Lightning II and F/A-18E/F Block III Super Hornet and a next-generation strike fighter that will complement each other. With F-35C’s boasting of stealth capabilities and the ability to fire a host of new weapons such as Joint Standoff Weapon (JSOW), Advanced Anti-Radiation Guided Missile (AARGM), and Small Diameter Bomb (SDB), it is expected to gain more dominance in the future.

Although the specific capabilities of the next-generation fighter are being developed, the Navy wants it to fly farther and faster and be capable of firing long-range weapons, the document said. It is also expected to incorporate passive and active sensor technology. The Navy has released a small image with a few details of technological capabilities without going into their individual specifications.

The image shows two air-to-air drones capable of deploying missiles. There is another drone with an electronic warfare package while another drone is marked to have command and control (C2) that will connect the drones with the aircraft during operations. It is also expected that the fighter itself may have unmanned capabilities but it is too early to guess what the F/A-XX will turn out to be.

For its electronic warfare, the Navy is also looking at the EA-18G that will deploy the next-generation jammer and non-kinetic effects, the document said.