NATO Phonetic Alphabet – the Code Pilots Use to Communicate 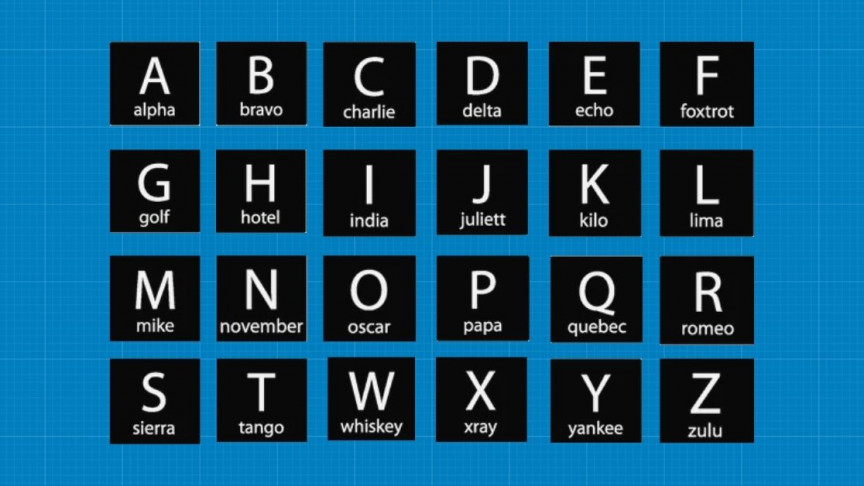 How many times in movies have you heard the main character say something like, “I’m going in, alpha papa bravo november whiskey foxtrot” to his co-conspirators, handlers, or bosses? Those words are a code for the letters “A”, “P”, “B”, “N”, “W” and “F”.”

Policemen and firemen talk to their dispatchers using this code, and pilots and air traffic controllers communicate with one another using these words. This phonetic code is also commonly used by the U.S. military.

The code has been adopted for use by the Federal Aviation Administration (FAA), the American National Standards Institute (ANSI), the American Radio Relay League (ARRL), the International Amateur Radio Union (IARU), and the Association of Public-Safety Communications Officials-International (APCO).

The code has also been adopted by the International Maritime Organization (IMO), and the U.S. federal government, where it is known as “Federal Standard 1037C: Glossary of Telecommunications Terms.”

SEE ALSO: WHEN THE INTERNET AND CELL PHONE NETWORKS GO DOWN, AMATEUR RADIO OPERATORS STEP UP

Often referred to as the ICAO/ITU/NATO Phonetic Alphabet, or the International Phonetic Alphabet, it is a set of words that are used instead of letters in oral communication, where each word represents its initial letter. The code was officially established in 1956 by NATO and ICAO, and the words were chosen based on extensive testing with speakers from different countries.

The code was designed to eliminate problems communicating when there is bad reception, a lot of background noise, or people who have strong accents. Often, letters that sound similar, such as “M” and “N” and “F” and “S”, are confused, and this can be critical when giving information to emergency responders.

The NATO Phonetic Alphabet is also used by credit card companies, call centers, and retail workers when confirming a name on a credit card or stock codes, and the code is increasingly being used by information technology workers when communicating serial numbers or reference codes.

The airlines use the International Phonetic Alphabet when they communicate Passenger Name Records (PNRs), and medical workers are using the code to avoid mistakes in patient records.

The code even crops up in time keeping, with Greenwich Mean Time, also known as Coordinated Universal Time (UTC), often being referred to as “Zulu Time”. This is the time at the Prime Meridian, and National Oceanic and Atmospheric Administration (NOAA) satellites use Zulu Time as their time reference.

The 26 words and their Morse Code equivalents are as follows:

A message from us to all of you