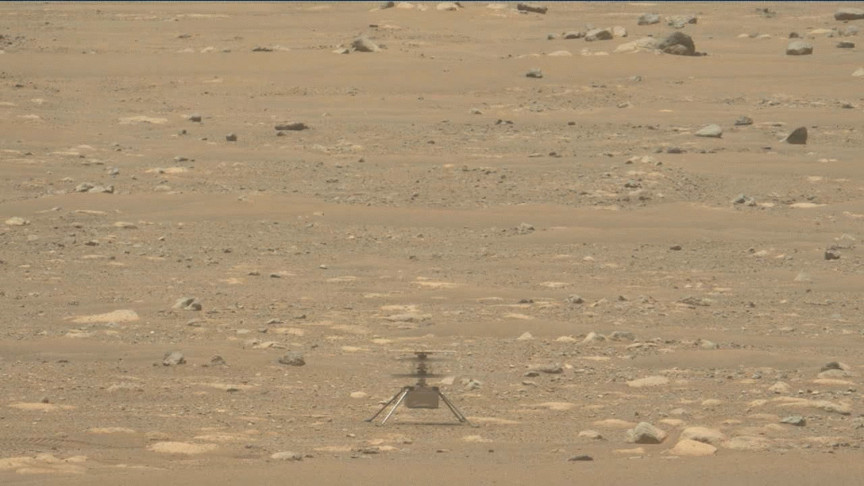 The intended flight was trialed on Thursday, April 29. However, as NASA said, according to its data the helicopter is safe and in good health, and the team plans on attempting its fourth flight again today, April 30 at 10:46 PM EDT (12:30 PM local Mars time).

However much the failed fourth flight might have sounded like a surprise to us mere mortals, NASA was prepared for this possibility. For every time the Ingenuity flies, its chances of switching to flight mode have a failure rate of 15 percent. So something was bound to go amiss at some stage, especially given the early stages of experimenting.

Aim high, and fly, fly again. The #MarsHelicopter‘s ambitious fourth flight didn’t get off the ground, but the team is assessing the data and will aim to try again soon. We’ll keep you posted. https://t.co/TNCdXWcKWE pic.twitter.com/HDaF0fAILs

But what NASA has already managed to do on Mars’ surface belongs in the history books. The list of Ingenuity’s achievements is already long: unlock and unfold from its stored position aboard the Perseverance rover, confirm communications with the rover and flight operators on Earth, keep autonomously warm through the freezing Martian nights where temperatures plummet to minus 130 degrees Fahrenheit (minus 90 degrees Celcius), unlock and spin rotor blades, and so much more.

Included in the “so much more” section is the fact that the Ingenuity was the first technology to test powered flight on another world. Ever. As part of its 30-day mission,  the Ingenuity carried out its first three Martian flights, all of which took place this month.

For the first flight on April 19, the 1.8 kg (four pounds) Mars helicopter flew to about three meters (10 feet) above the ground, hovered, turned, and landed. Given Mars’ atmosphere is extremely thin, less than one percent of Earth’s density, this feat is extraordinary.

Its second flight on April 22 saw the helicopter fly for 51.9 seconds, soared to five meters (16 feet) into the Martian air, tilted to five degrees in order to accelerate at a sideways slant for about two meters (seven feet). It flew at a speed of 0.49 meters per second (1.6 feet per second).

And for its third successful flight on April 25, the Ingenuity flew faster and further than its previous two flights. It reached a height of five meters (16 feet) and flew a distance of 50 meters (164 feet). It also broke its own speed record by flying at about two meters per second (6.6 feet per second).

As for its upcoming fourth flight, NASA is hopeful it’ll “Aim high, and fly, fly again,” as it posted on Twitter. The hope is that the helicopter flies for up to 90 seconds to distances of nearly 300 meters (980 feet) about three to five meters (10 to 15 feet) off the ground.