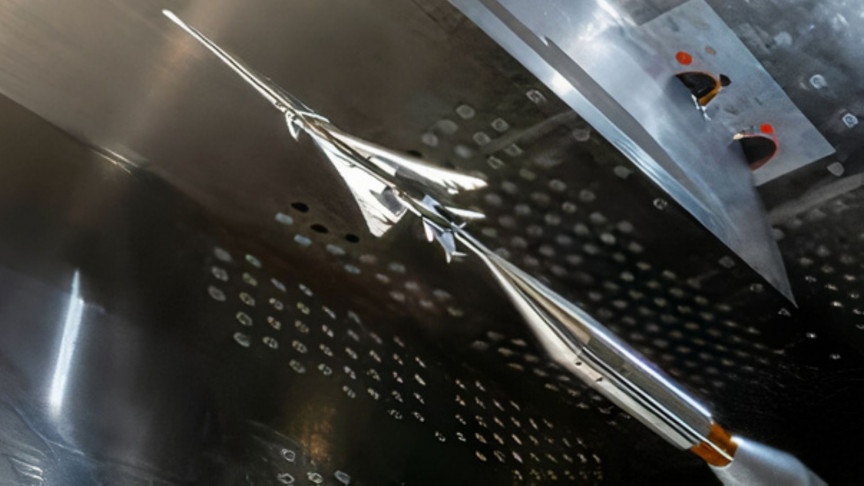 The sonic booms happen when the merge of shock waves, created by breaking the sound barrier at the speed of 767 mph (1,235 kph). The huge amount of sound energy, approximately  110 decibels, generated by sonic booms sounds like thunderclaps or explosions and can be heard from 30 miles (48 km) away, which is why supersonic commercial flights are banned by the Federal Aviation Administration (FAA).

The small-scale model was tested for two weeks and the results of shock wave measurements matched the computer-modeled shock waves that suggest quieter supersonic flights.

The full-scale X-59 QueSST is currently being constructed by NASA and aerospace company Lockheed Martin at Lockheed’s Skunk Works division in Palmdale, California. The supersonic airplane is expected to begin its initial tests in late 2022. And if the airplane successfully completed the tests, NASA will then verify that the aircraft’s quiet supersonic technology performs in flight as designed.

CST project aims to reduce the sonic boom to make it much quieter. Clayton Meyers, deputy project manager of the CST project said, “This is the team’s opportunity to get data at the low sound levels produced in the tunnel.”

We can at least be able to reach supersonic speeds in flights while we are waiting for teleportation to become a daily transportation model.