NASA Will ‘Fuel’ Plants on Mars With New Bacteria 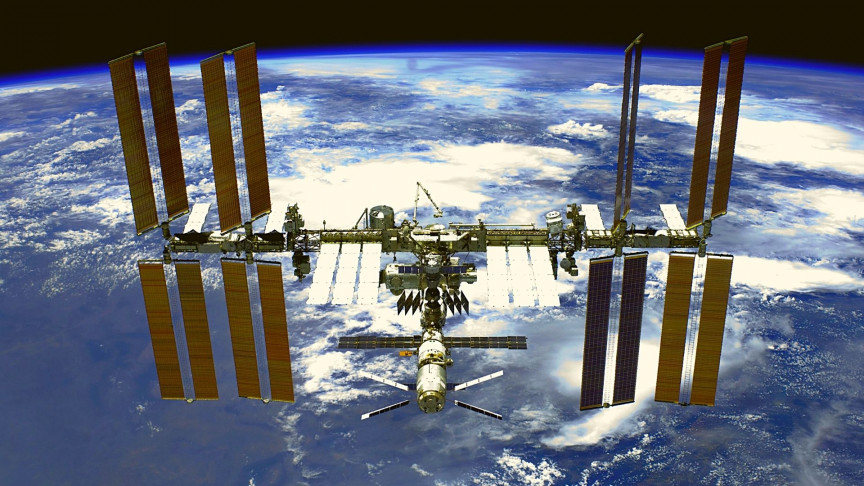 To survive on Mars and other deep-space missions, astronauts will need to grow their own food — and three new bacterial strains will help “fuel” this process, according to a new dispatch from the International Space Station published in the journal Frontiers of Microbiology.

The researchers behind this discovery worked with NASA to uncover four species of bacteria — three of which were never seen before.

The rod-shaped, novel bacteria were called IIF1SW-B5, IIF4SW-B5, and IF7SW-B2T — all of which were shown, after genetic analysis, to have close relations to Methylobacterium indicum, according to a Phys.org report. The discoveries were made aboard the International Space Station during two consecutive flights.

However, this discovery is in dire need of further experimentation to prove its substantial potential to advance the science of space farming. “To grow plants in extreme places where resources are minimal, isolation of novel microbes that help to promote plant growth under stressful conditions is essential,” said Singh and Venkat, in the report.

NASA hopes to make the cosmic jump to Mars, and possibly beyond. This is why the U.S. National Research Council Decadal Survey recommends the space agency should use the ISS as a viable “test-bed for surveying microorganisms,” said Singh and Venkat, according to the report.

“Since our group possess[es] expertise in cultivating microorganisms from extreme niches, we have been tasked by the NASA Space Biology Program to survey the ISS for the presence and persistence of microorganisms,” added Singh and Venkat. “Needless to say, the ISS is a cleanly-maintained extreme environment.”

“Crew safety is the number 1 priority and hence understanding human/plant pathogens are important, but beneficial microbes like this novel Mehylobacterium ajmalii are also needed,” added Singh and Venkat.

As of writing, eight locations on the ISS are under monitoring for bacterial growth — and have been for the last six years. These include spaces where the crew typically carry out experiments (like the plant growth chamber), or gather into larger groups. So far, hundreds of bacterial samples from the ISS have undergone analysis — with roughly 1,000 samples collected from various other locations throughout the station (but awaiting a return trip to Earth).

Singh and Venkat said the ultimate goal is to bypass this long and complicated process — and uncover new strains of the bacteria via molecular biology equipment engineered and tested for specific use on the ISS.

“Instead of bringing samples back to Earth for analysis, we need an integrated microbial monitoring system that collect[s], process[es], and analyze[s] samples in space using molecular technologies,” said Singh and Venkat in the report.

“This miniaturized ‘omics in space’ technology — a biosensor development — will help NASA and other space-faring nations achieve safe and sustainable space exploration for long periods of time,” said Singh and Venkat. And since NASA’s partnerships with private aerospace companies like SpaceX and Blue Origin are likely only beginning, new biosensor tech — and by extension, the ability to enhance food-growing capability in deep-space — could see implementation on space missions to places like Mars before NASA’s Artemis is ready to take humans to the Red Planet.