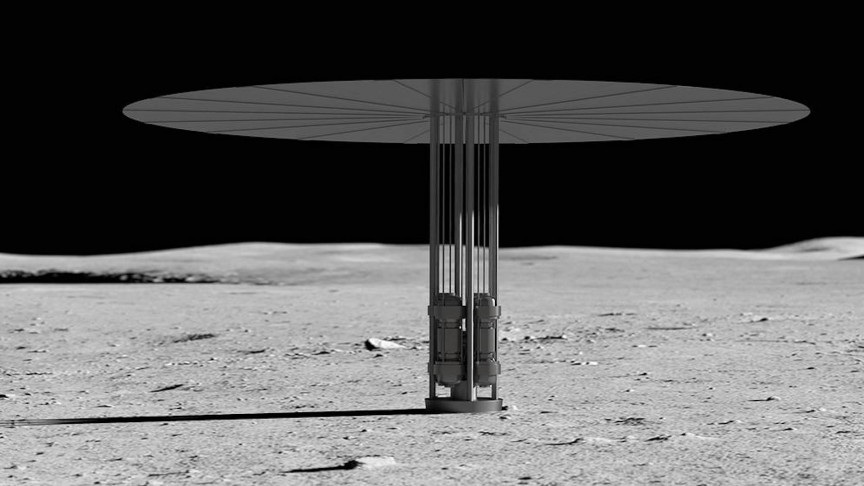 Humans haven’t set foot on the Moon since the Apollo 17 mission in 1972. By the time they return to our cosmic neighbor by around 2025, the exploration landscape will be very different due to wide-ranging technological advances.

In a bid to further accelerate the technology that will power future lunar missions, NASA, alongside the Department of Energy (DOE), has put out a press statement calling for companies to help it develop nuclear energy solutions.

Specifically, the U.S. space agency says it is “asking American companies for design concepts for a fission surface power system that could be ready to launch within a decade for a demonstration on the Moon.”

NASA points out that the system should be able to operate autonomously from the deck of a lunar lander or rover. It says it wants to test fission reactors on the Moon because they are reliable, and they can operate at any time, including lunar nights, which last weeks. The system it wants to take to the Moon would provide roughly 40 kilowatts of power, which it says would be enough to power 30 households for a decade. Finally, NASA also says that the system is fairly lightweight and that it could one day also be used to provide energy for future Mars missions.

“NASA and the DOE are collaborating on this important and challenging development that, once completed, will be an incredible step towards long-term human exploration of the Moon and Mars,” Todd Tofil from NASA’s Glenn Research Center explained in the agency’s statement. “We’ll take advantage of the unique capabilities of the government and private industry to provide reliable, continuous power that is independent of the lunar location.”

The fission system NASA will eventually send to the Moon will likely be another example of a space technology that could have a great benefit here on Earth. In fact, an ex-SpaceX engineer has founded a startup called Radiant to develop portable nuclear reactors for remote locations on Earth, based on technologies originally devised for Mars.

The U.S. space agency also pointed out that work on the lunar nuclear fission reactor will also help advance work into nuclear-powered rockets, such as a rocket being developed by a startup called Ad Astra, which, in theory, could reach speeds of up to 123,000 mph (~198,000 km/h) and travel to Mars in only a month.

Before that, astronauts will return to the Moon in 2025. Earlier this month, NASA confirmed that its Artemis program Moon landings have been postponed from their original 2024 launch date, partly due to a protracted legal dispute with Blue Origin over the awarding of a lunar lander contract to SpaceX.