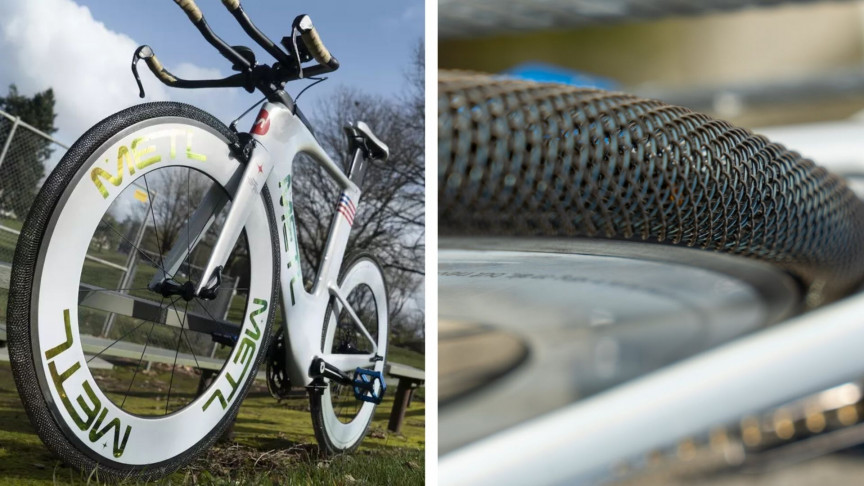 It’s easy to understand why many online commenters and detractors argue that we should use the funds going into space exploration to fix our problems here on Earth.

However, aside from falling into the category of an excluded middle argument, the idea that we should halt space exploration also ignores the immense benefits space-age technologies have brought us here on Earth.

One new example is startup SMART, which, thanks to a partnership with NASA, is building an airless bicycle tire based on technology NASA engineers created to make future lunar and Martian rovers more resilient.

SMART’s METL tire is the product of the company’s work with NASA’s Glenn Research Center, as part of the agency’s Space Act Agreement startup program.

As the U.S. produces approximately 246 million rubber waste tires a year, such a technology could help to fix an unsustainable rubber waste problem on Earth. Puncture-free tires could also reduce thousands of injuries resulting from tire pressure accidents.

SMA technology allows for a tire built entirely of interconnected springs. As these tires don’t require an inner tube or air pressure they are puncture resistant. The people at SMART say the tire is elastic like rubber at the same time as being strong like titanium.

Based on NASA’s tests, the tires also provide similar or even better traction than rubber tires, as well as shock-absorbing capabilities, a TechCrunch report details.

As they were originally built for rovers that could go years, or a lifetime, without maintenance, SMAs were built to return to their original shape at the molecular level. The tires can deform to adapt to different terrain types without losing their structural integrity over time.

The first METL tire, aimed at the cycling market, will be available to the public early next year. If that goes well, SMART also aims to bring SMA tires to the automotive and commercial vehicle industries.

Aside from being a NASA partner, SMART also has a partnership in place with Ford-owned Spin, a micromobility bike and scooter-sharing company.

SMART is also crowdfunding via a WeFunder campaign which, at the time of writing, has already accrued $90,000 of its first goal of $100,000. The company will have to compete with the likes of Michelin and GM to reach that $8 million valuation cap.