NASA Is Launching Its New DART Spacecraft. To Deflect Asteroids? 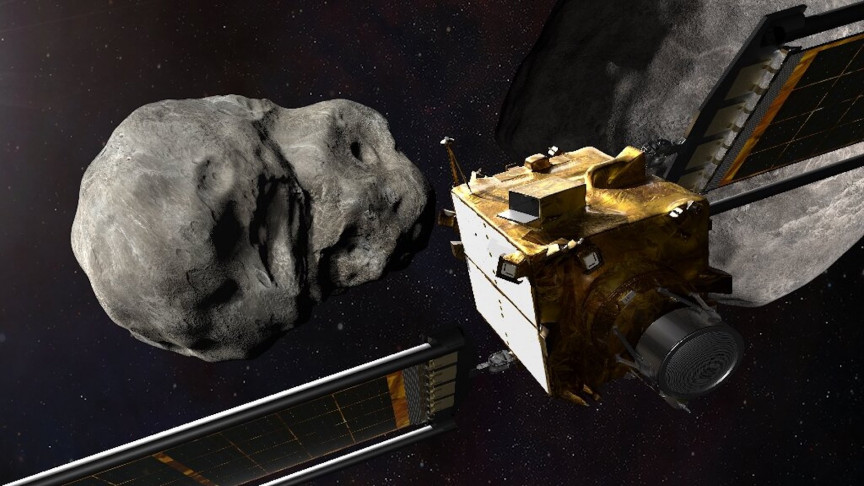 We are vastly unprepared for the event of an impending, potentially civilization-ending asteroid impact. Knowing this, NASA is developing planetary defense solutions to add to its arsenal of space technologies.

One of these technologies, NASA’s DART spacecraft, is scheduled to launch aboard a SpaceX Falcon 9 rocket at 10:20 Pacific time on November 23, a press statement reveals.

The Double Asteroid Redirection Test (DART) will send a spacecraft traveling at a speed of 15,000 miles per hour (24,000 kph) into an asteroid next year sometime between September 26 and October 1.

Before that happens, it will need to fly 6.8 million miles from Earth to reach its target asteroid, Dimorphos. The mission’s goal is to determine the feasibility of the method, which would alter an asteroid’s trajectory to take it off a collision course with Earth.

NASA provided new details on the mission in a press briefing on Thursday, November 4. “Although there isn’t a currently known asteroid that’s on an impact course with the Earth, we do know that there is a large population of near-Earth asteroids out there,” said Lindley Johnson, NASA’s Planetary Defense Officer.

“The key to planetary defence is finding them well before they are an impact threat,” Johnson continued. “We don’t want to be in a situation where an asteroid is headed towards Earth and then have to test this capability.”

Once the DART spacecraft reaches Dimorphos, a miniature camera-equipped satellite will exit the craft to orbit the asteroid and collect images and data of the collision. The DART spacecraft, which weighs 548 kg won’t cause any significant damage to the asteroid. Instead, it will give the space rock a nudge in order to change its trajectory.

Johnson said there are over 27,000 near-Earth asteroids out in space, though none are currently thought to pose a real danger to Earth. Still, in 2019, a large asteroid called ‘2019 OK’ flew between Earth and the Moon and it was only spotted 24 hours before its close flyby. Last year, NASA and ESA experts carried out a simulation exercise that showed we are woefully unprepared for the event of a large asteroid making its way to Earth. All going to plan, NASA’s DART mission will mean will have at least one technology in the world’s planetary defense arsenal.